Ah, April Fool's day. The day on which pranksters do their best (or worst) and the internet becomes full of increasingly unlikely news items.

Here a just a few of the enormous selection (and bad form to those sites who I took snapshots from this afternoon, April Fool's are done by mid-day!). 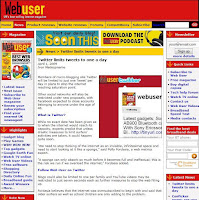 Web User and Firebox start out this years offerings. Twitter targeted by Web User was also the topic for the Guardian (see below). The shoes on Firebox offer were actually one of four April Fool products and if you clicked the link to buy (I did to see what would happen) you were offered the chance to vote for the one you would actually buy! 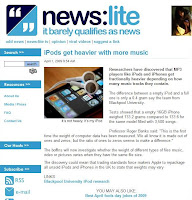 The Guardian also went after Twitter with their April Fool, reporting that the Guardian was going to publish exclusively via Twitter. NewsLite offered the story that iPods get heavier the more you load on them. As I visited this site later in the day I don't know if the "You May also like: best April Fools" link was there earlier... rather gave it away! 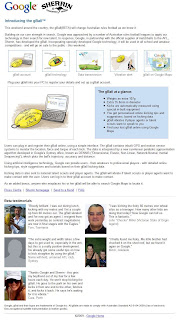 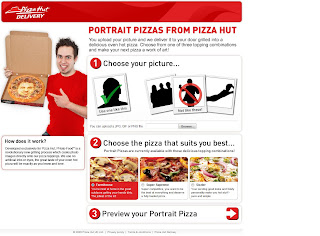 Google, who have offered up a variety of convincing (and not so convincing) April Fool's over the years offer the G-ball. Pizza Hut, as they did last year, sent their April Fool by email - offering you a 'Portrait Pizza'.