Everyone know that your SIM card in your phone allows your location to be traced. The only people that used to have to worry about this were those on the wrong side of the law - but the advent of so-called smart phones has changed all that. Now it isn't just the SIM card that can locate you but often enough a built-in GPS chip... which gives ever more accurate location data. Very useful when you are lost and want to use the map to find your way. There are a whole host of of other Apps that want to know where you are (and sometimes what you are doing).
Why would you care? Often enough the Apps are just trying to deliver you better geographically based content. There isn't usually any sinister ulterior motive. The perceived problem is that constant streams of Geo-data could allow a comprehensive picture of someone's habits and likely location to be built up. Cited examples are allowing thieves to target houses they know will be empty.

The latest purveyor of geo-locating, whipping up a frenzy  of (mostly negative) publicity is Facebook's new 'Places'. I must have been sent a half dozen articles already telling me how to disable it since is launched less than a week ago - here is Lifehacker's version if you are interested.

I thought I'd see what all the fuss was about so I went to the Facebook App on my iPhone. Sure enough right in the middle of the content page there was a new choice 'Places'. So I pressed it to see what would happen.... nothing - it hasn't got to the UK yet!
I think it is going to be a bit like Foursquare and allow you to 'check-in' places. Just another endless stream of irrelevant minutiae that we really don't need to know.
by Unknown at 9:54 am
Email ThisBlogThis!Share to TwitterShare to FacebookShare to Pinterest
Themes: Internet 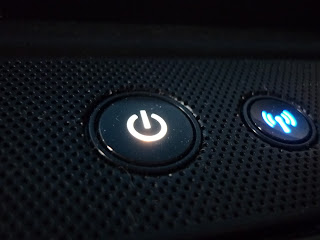 A report in the news last week highlighted that the average Briton spends half their waking hours consuming some sort of media. Not only this, but in the seven hours available the equivalent of nine hours is fitted in by multi-tasking... watching TV and surfing the web at the same time, for example. I find this utterly unsurprising. I often sit with my laptop (or iPhone) whilst watching TV... and spend very little time during the day not using some sort of media - be it TV, internet or iPhone.
What always amazes me is how so much has changed in so little time. Growing up things were very different.
When I was a very small child (we're talking late 70s/early 80s) we had one telephone in our house, it was an old bakelite type that lived in the front hall. There was no scope for using the phone anywhere else in the house (other than as far as the cord would stretch from the incoming point). The TV set (which lived in the sitting room) was a massive affair, not really the screen but the cabinet that it lived in; when you wanted to watch it some time needed to be factored in to warm it up first... and there was a choice of three channels. There was the radio too... and amazing one that live in a side-board type construction which a record player, or a small portable one in the kitchen, MW or LW only.
By the mid 80s the number of TV channels had risen to four. Our house now had two telephones (achieved by a second point installed upstairs) although you were still limited by how far the cable would reach. The stereo system had gone upright, and included a cassette tape deck and radio on LW, MW and FM. The cabinet TV had finally died and been replaced by a more modern unit, with a VHS video attached. It was around this time that computers came into our lives too. Our first was an Atari... a keyboard with a cartridge slot and a joystick. No hard drive, although you could write programmed to cassette tapes!
You can see from the above that my family were always slow technology adopters. Things like TVs and computers only got replaced when they ceased to function, not just for the joy of upgrade.
Towards the end of the 20th century the number of terrestrial channels in the UK rose to five; although it took some time for the fifth channel to be nationally accessible. Telephone handsets were now going cordless which meant you were no longer limited by how long the cable was, although if you wanted more than one handset you still needed extra points. Satellite and cable TV were now expanding viewing horizons (although not in my house) and PCs were now relatively common (although not at this point affordable) - and if you wanted the internet you used a dial-up modem. Portable music was either a walkman (cassette version) or a portable CD player - CD players having joined the hi-fi stack. Mobile phones had been around for a while by this point although mostly for business purposes; now just beginning to become popular for personal use.
Somewhat out of character for my family but my dad was an early adopter of mobile communication. First of all he'd had a pager... remember those - you called a number and left a message and the recipient dialled in to collect their messages (kind of like voicemail). He then had a car phone... a mobile phone that is stuck in the car - but pretty good handsfree technology! He even had a mobile phone... one of those great big bricks, that was barely portable.
So into the 21st Century. Everyone has a mobile phone, and most people take them everywhere and never switch them off. Landlines are not longer limited by sockets but consist of several cordless handsets communicating with a base unit. For music vinyl and cassettes are pretty much history... even CDs are less popular as MP3 files on computer and MP3 players on the go are pretty much universal. The five terrestrial TV channels now compete with a host of other channels on cable, satellite and freeview - and TV is going digital. Radio is digital too - you no longer need a physical radio, the TV set and computer can now do the same job. Computers and laptops are affordable and common place, connection to the internet is rarely dial-up but now 'always on' broadband. DVD players (and now Bluray) have killed the video player  but if you don't want to rent/buy movies you don't need either as your satellite, freeview or cable box will record to a hard drive.
In the 21st century you can make phone calls on a computer, listen to the radio on your TV and do just about anything with a mobile phone. Technology is a wonderful thing - now wonder we spend half our lives attached to it!
by Unknown at 8:47 am
Email ThisBlogThis!Share to TwitterShare to FacebookShare to Pinterest
Themes: Miscellaneous 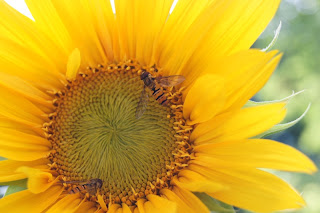 I am just starting my two weeks summer holiday (at last!). This year, more than most, I really feel I need it. The press might have told us earlier this year that the recession is over but I haven't noticed much evidence of it in my corner of the world. Work is hard... there aren't as many jobs around as there should be, yet somehow there is more work than can be done in regular hours. The last three months have just been one thing after another and it has been exhausting! I've put it all in a box and hidden it away for the next fortnight.
by Unknown at 3:00 pm
Email ThisBlogThis!Share to TwitterShare to FacebookShare to Pinterest
Themes: Miscellaneous

The world of kittens

Here's the thing... I've never had kittens before. Until I lived with Rich (and Molly) I'd never even had a cat before.

Yesterday we adopted two kittens.... two 3 month old bundles of black fur who go by the name of Tinks (Tinker) and Cass (Casper). They cam home with us yesterday evening and commenced causing chaos around the house. Any place a kitten can jump or squeeze (and some places that they can't!) are fair game. They have no common sense and no fear and think nothing of leaping from unlikely bits of furniture to even less likely bits of furniture. They do have a tremendous capacity for fun... they will chase anything that moves, including, but not limited to, feathers, stuffed mice, balls, and each other!

I wear earplugs so they didn't keep me up last night - but  I think I was the only one as the two cat demolition derby explored their  new home. Tinks is the more extroverted - he will climb over anything (including  people) to get where he is going, and seems to like to follow people around
the house rather than be left alone. Cass is fluffier and stouter than his  brother (I think we know how the greedy guts of the family is going to be!) he's more introverted and seems to prefer sitting under and behind things rather than on them.


The excitement of exploring finally seems to have worn them out - they are both now sleeping on our bed (too bad for me, as I was going to go back to sleep!).

by Unknown at 10:50 am
Email ThisBlogThis!Share to TwitterShare to FacebookShare to Pinterest
Themes: Kittens 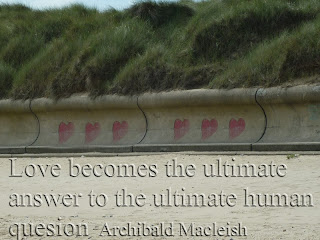 by Unknown at 2:17 pm
Email ThisBlogThis!Share to TwitterShare to FacebookShare to Pinterest
Themes: Thoughts

Join in!
by Unknown at 2:06 pm
Email ThisBlogThis!Share to TwitterShare to FacebookShare to Pinterest
Themes: Skywatch

I finally decided to update my iPhone to iOS4 this weekend. Several of my apps seem to no longer support iOS3 so I had no choice but to bite the bullet. The upgrade process took HOURS. I left it going over-night in the end... it would insist on backing up the phone which is what took all the time.

So now I have the shiny new upgraded system... no multitasking for 3G phones but there are other good things.

The look has been given an upgrade with the permanent dock now looking more like the images I have seen of the Apple computer desktops. There is also now a fantastic option to group like items together - which saves screen space.

There is also an annoying inclination to archive email messages instead of deleting them. This can be switched off under the email account preferences in Settings.

I think this is actually version 4.01 so maybe it was a good thing I gave it a few weeks for the bugs to be ironed out as I've not had any problems so far (touch wood).
by Unknown at 1:42 pm
Email ThisBlogThis!Share to TwitterShare to FacebookShare to Pinterest
Themes: iPhone

The thing about my iPhone was supposed to be that it would keep me connected... give me time to read emails and blogs and things.
You can see from this screen shot it hasn't been working as my unread blog count has spiralled (2nd button down on the right).
I've now added a push reader which updates automatically - but that hasn't helped the backlog!
I love reading blogs as much as writing mine so I must find a system that works... or read fewer!
by Unknown at 6:19 pm
Email ThisBlogThis!Share to TwitterShare to FacebookShare to Pinterest
Themes: Blogging

Summer has been invading our garden the last few weeks. The birds, the insects,
the other wildlife and the plants have been flourishing.