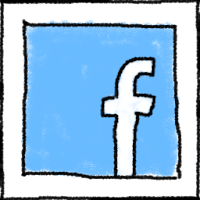 The first social media that I came across (nearly a decade ago now, in 2007) was Facebook. As with many things on the internet it was a case of "everyone else is doing it, so I should too". At first it was limited to people I'd know at school and family members; over the years my network expanded to include people I'd studied with, people I'd worked with and all sorts of other friends I'd gathered along the way. It is still my number one way to keep in touch with friends and (at time of writing) Facebook seem to have weathered the news feed algorithm storm to balance the posts I most want to see. 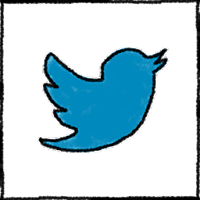 I think Twitter was my next foray into social media, it seems more recent but it was actually only a year after I started using Facebook. I think perhaps it is because it took me a few years to get the hang of Twitter. For a while it was my go to social network, but a lot of my Twitter friends have drifted away to other online hang-outs (Facebook mostly) and I don't find Twitter much fun without that personal touch.

I was reading an article today on Twitter as a news app. This I found most amusing, whenever I find any news on Twitter I always go to check at least two other sources to authenticate it and check its veracity (!) 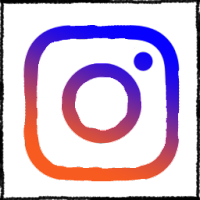 For me Instagram was never so much about social. I've never really manged to get into the whole community aspect and I use it mostly as a tool to easily share photos to Facebook and Twitter at the same time. Posts these days average around 50 likes (which pleases me). I absolutely refuse to measure the worth of anything I do on the internet by home many people 'like' it.

Instagram has recently followed Twitter and Facebook into the curse of the non-sequential timeline which uses complex algorithms to serve up posts instead of being ordered by time of posting.

Now it insists on serving me friends and family (whose handles I know and who I can go looking for their recent input) over other curated feeds I follow. The many London feeds I follow have dropped right off my timeline. This is odd, everything I've read about Instagram's algorithms mean the opposite should be true; heigh-ho it's given me about an hour of internet time back every day! 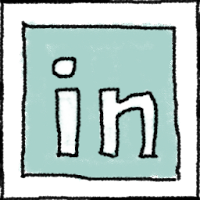 No thoughts on social media would be complete without LinkedIn. I'm not a fan. I use it because it is part of my job; that is it. It is quite useful to keep track of people that you once worked with. I find no purpose to it at all other than serving me a variety of stories without having to check through all my Feedly feeds.

I've not read anything about how LinkedIn serves up content with algorithms but it seems to defy all logic.

In a truly circular fashion, and despite repeated reports of its demise, Facebook is once again my venue of choice with social media.