What was top of the heap...

New Year's eve, a time for retrospection of the year gone by, with a little help from Google Analytics these are the posts that got the most attention in 2014.

Again these are only the posts that were written in 2014 - there are some old favourites that still beat these in the running, the top five are (and why for some of them is a mystery to me!):-
1. Guest Post
2. You Tube and IP addresses
3. Baby Sunflowers
4. Armistice Day
5. Google UK

Back to 2014 though. These posts were the most popular reading. 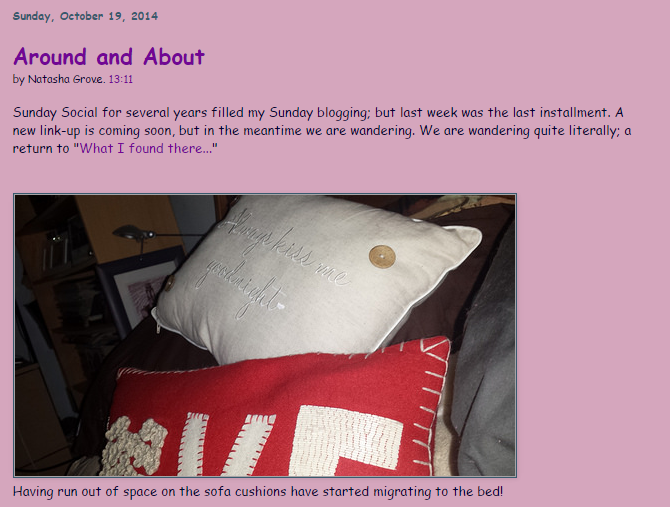 This post was made the first Sunday after the long running Sunday Social had ended. I attribute its popularity to the Sunday Social readers and the diverse text which might have brought readers from search engines. 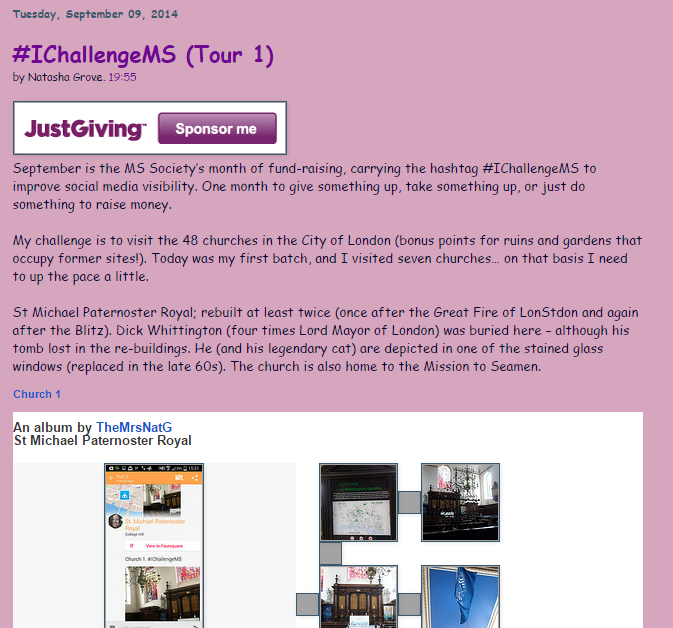 #IChallengeMS took up a lot of my time (and energy) in September. To raise money for the MS Society participants were asked to pick a challenge. Mine was visiting the churches of the City of London. I was going to do a post after each batch but it didn't quite work out that way as it was often so tiring that I didn't get much else done that weekend!

The Just Giving page is still active should you wish to donate to this cause (close to my heart as regular readers know, because I have MS).

This post probably got a lot of traffic from the hashtag when it was tweeted! 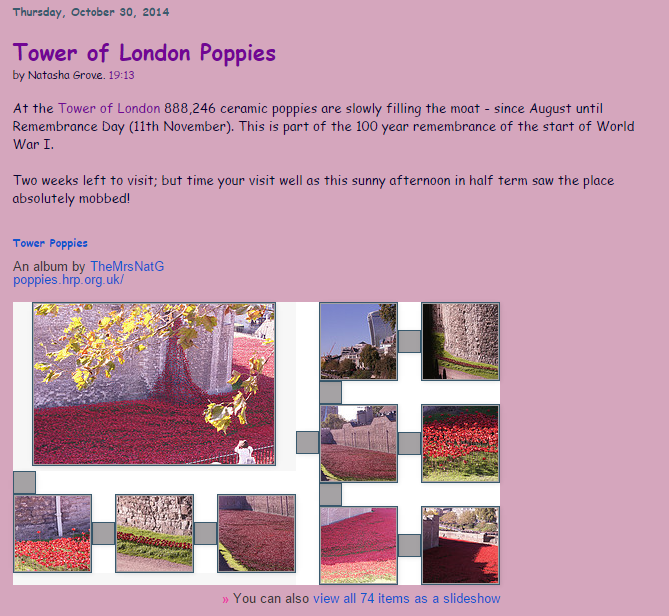 The Tower of London field of poppies was the installation of a field of nearly 900,000 poppies each representing a British fatality in the First World War which in 2014 we remembered 100 years since the commencement of hostilities. 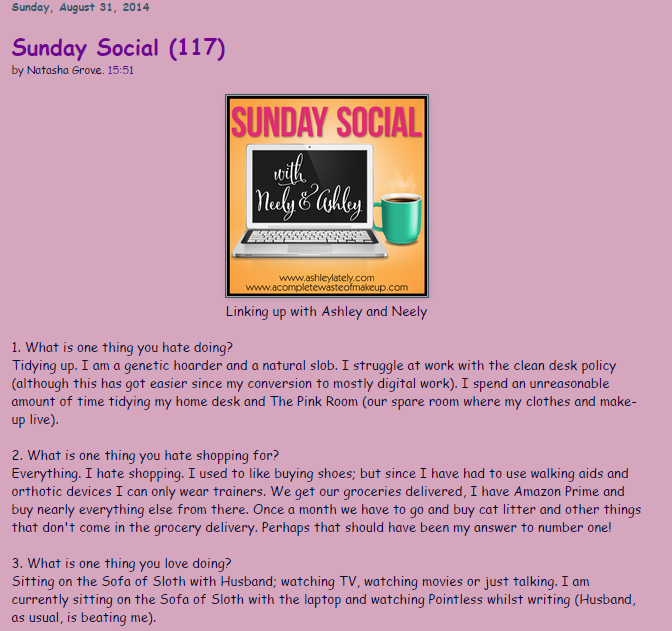 A Sunday Social post about loves and hates. I'm not sure how this one got so popular, perhaps because it mentions Amazon?! 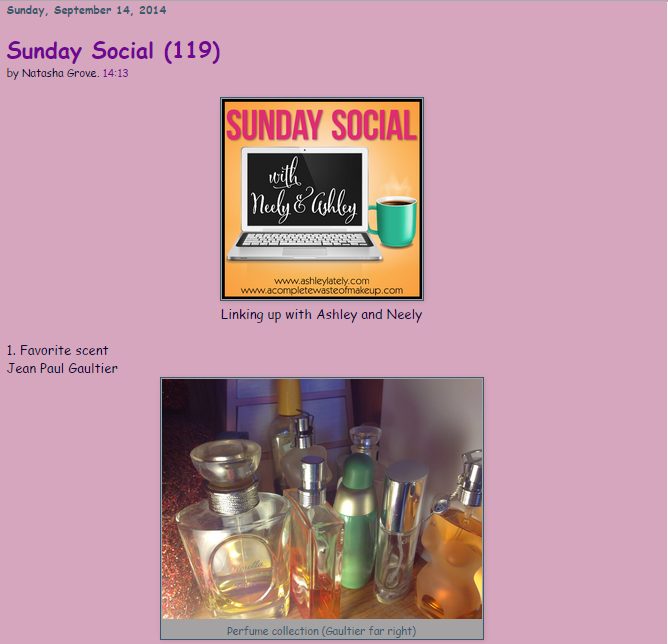 Another Sunday Social - this one about favourites. I can only suppose that the wide topic range in the post captured the attention of the search engines?! It did mention the World Cup so that probably helped!

Not even really a post, just a link to a post on my Occasional Tourist blog! It must be the mention of Grosvenor Square and Greenwich (two popular London destinations). 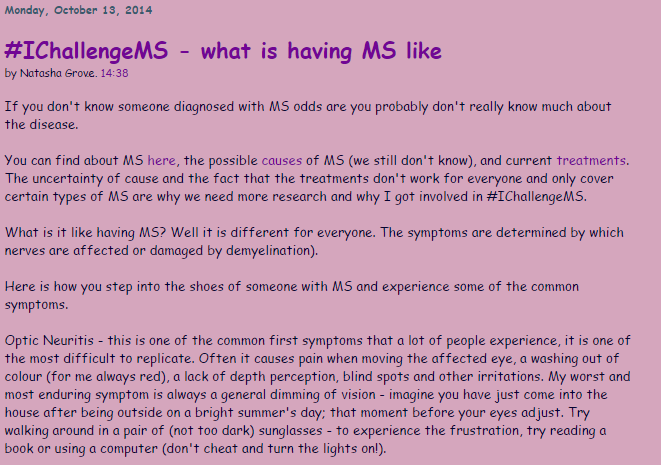 After my fundraising efforts there were a few more posts (with the same hashtag) to try and further raise awareness of MS.

In this post I explored ways people could try and replicate some of the symptoms MS and I deal with on a regular basis.

If you don't know anyone with MS you probably don't know much about how it affects people. 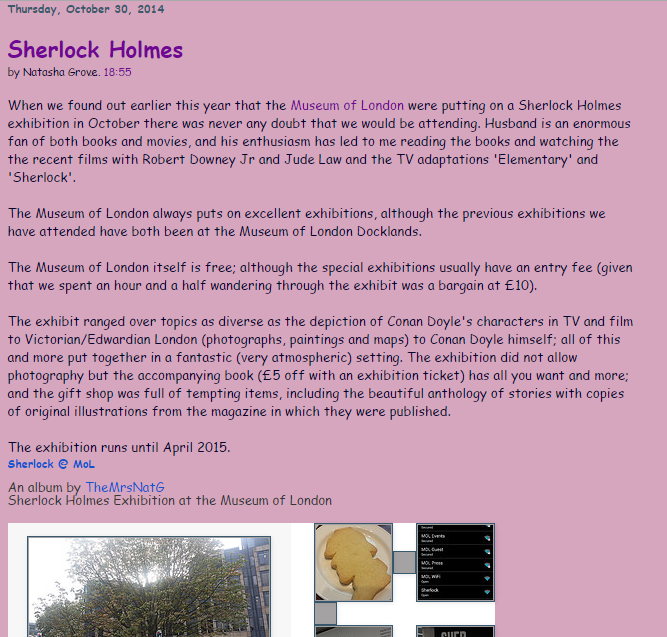 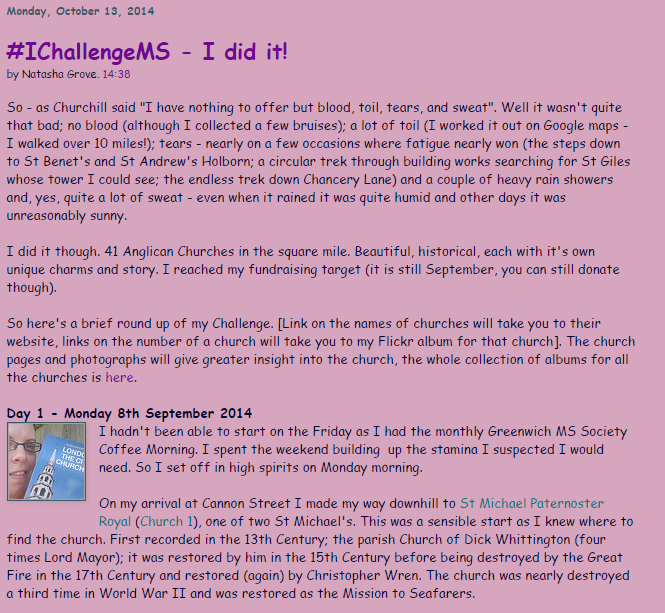 Having failed in the regular updates of my #IChallengeMS endeavors I finally finished a post on the total journey.

What a journey it was; I saw the beautiful churches and other bits of the City too, I walked miles, hopped on and off buses and had coffee in churches! 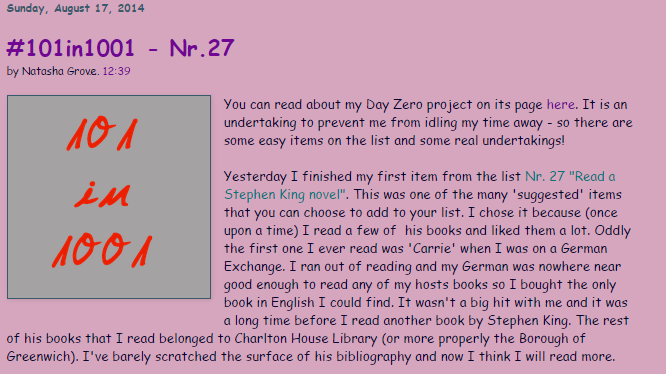 Starting a post title with a popular hashtag means that it attracts traffic from Twitter when it gets syndicated.

The Day Zero project is a great way to focus yourself into not idling your time away! You can read about mine on the page at the top of this blog.