Join in!
by Unknown at 4:18 pm
Email ThisBlogThis!Share to TwitterShare to FacebookShare to Pinterest
Themes: Skywatch

by Unknown at 3:53 pm
Email ThisBlogThis!Share to TwitterShare to FacebookShare to Pinterest
Themes: Fall Challenge

Time for another 'Tell MS Friday'. 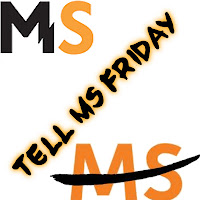 Whatever you want to get off you chest about MS (whether you usually blog much about it or not) - please come and join in... the good, the bad and the ugly - all welcomed!
by Unknown at 3:05 pm
Email ThisBlogThis!Share to TwitterShare to FacebookShare to Pinterest
Themes: Health, MS 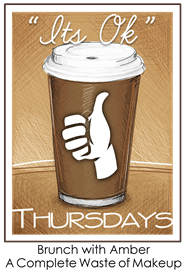 Linking up with Neely and Amber for "It's OK Thursday" again

by Unknown at 3:23 pm
Email ThisBlogThis!Share to TwitterShare to FacebookShare to Pinterest
Themes: OK Thursday

NFL is oddly something from my childhood. NFL was very big when my brother was around 8 or 9. I have a photo somewhere of one of his birthday parties and half a dozen little boys all dressed in the turquoise of the Miami Dolphins. In order to play various games it was necessary for me to learn the rules of the game - and once learnt you don't forget!

Our NFL tradition (5th year at the end of next month) is when one of the regular season games is played at Wembley. It doesn't really matter who is playing (although the first year it was rather thrilling as it was my Giants) as once again it is more than just the game... it is the whole day out. The entertainment before and at half time, the (more expensive) warm and not very fizzy beer... our game of shirt bingo (trying to spot a shirt representing every franchise) - just a great day out.

My other favourite football pass-times are statistics. I keep spreadsheets. The Better-Half and I have a score prediction competition (which I lose every year) and we take part in a pool as well. I also play a fantasy game on-line - so knowing the form and stats are very important.
by Unknown at 3:15 pm
Email ThisBlogThis!Share to TwitterShare to FacebookShare to Pinterest
Themes: Fall Challenge, Football, NFL

Having friends about (my mum's room-mate from when she lived there in the 60s) and family (in both up-state New York and New Jersey) certainly made it a special trip.

When I booked my flight I only booked a hotel for the first night as the travel agent (idiot travel agent) told me acommodation would be easier to find a cheaper once I got to NYC. What nobody had told the travel agent was it was the weekend of the New York City marathon. I arrived on a Wednesday and managed to get a bed in the same hotel for the Thursday... and then panic set in.

A trip from Penn Station took me out to see family in New Jersey. I got to experience the beauty of a New England Fall and saw some beautiful scenery and country side.

A few nights were spent in the YMCA before I was off to follow (quite literally) in my mother's footsteps and lodge with her room-mate for a few nights. This was superb as a born and bred New Yorker she gave me some excellent places to visit I might otherwise have missed.

Another weekend out of town... including a Thanksgiving meal; this time with my god-parents in upstate New York. I had a night out with their daughter (strongest martini ever) and a trip to a genuine shopping mall.

My last few days back in the City before flying home... some many sights and visits - so much I missed as well.

Highlights: the Empire State Building and the World Trade Centre (the start of my skyscraper love affair); Central Park; walking all over Manhattan (I was too scared to take the subway!); shopping; museums...
Regrets: before I met NFL or MLB so now trip to Yankee Stadium or the Meadowlands; not taking the subway; that digital cameras weren't invented!

A set by nat_mach
Visit to New York City - November 1999
» You can also view all 42 items as a slideshow
by Unknown at 7:08 pm
Email ThisBlogThis!Share to TwitterShare to FacebookShare to Pinterest
Themes: Fall Challenge, Travel
Newer Posts Older Posts Home
Subscribe to: Posts (Atom)