1. What is your biggest driving pet peeve?
Happily (as I never enjoyed it) I don't drive anymore, so I don't have any. When I did drive I think it was the endless speed bumps used as 'traffic calming' measures in South East London. Most of the streets are full of cars and not wide enough for two way traffic - that means nobody goes that fast as they're constantly having to give way or wait for the right of way! All they did was ruin my shock absorbers so my car failed its MOT!

2. What is your biggest blogging pet peeve?
CATCHPA word verification on comments. I find them very difficult to read (or hear, yes I've tried the accessible method!). Just set comments to require approval; and then be terrible like me and forget to do anything about it!!

4. What is your biggest general pet peeve?
Incorrect use of the reflexive pronoun.

This is closely followed by use of 'place-holders' in regular speech. When people are speaking instead of pausing whilst their train of thought catches up, the use of "like" and "you know". The latter was always responded to by my late father with "No, I don't know". Maybe this is why they don't teach grammar any more, it turns people into pedants!

5. What is your most irrational fear?
Flying. Statistically the safest way to travel. Doesn't stop me needing a valium (or failing that a glass of wine!) to get on a plane.

by The Mrs Nat G at 11:30 pm
Email ThisBlogThis!Share to TwitterShare to FacebookShare to Pinterest
Themes: Sunday Social 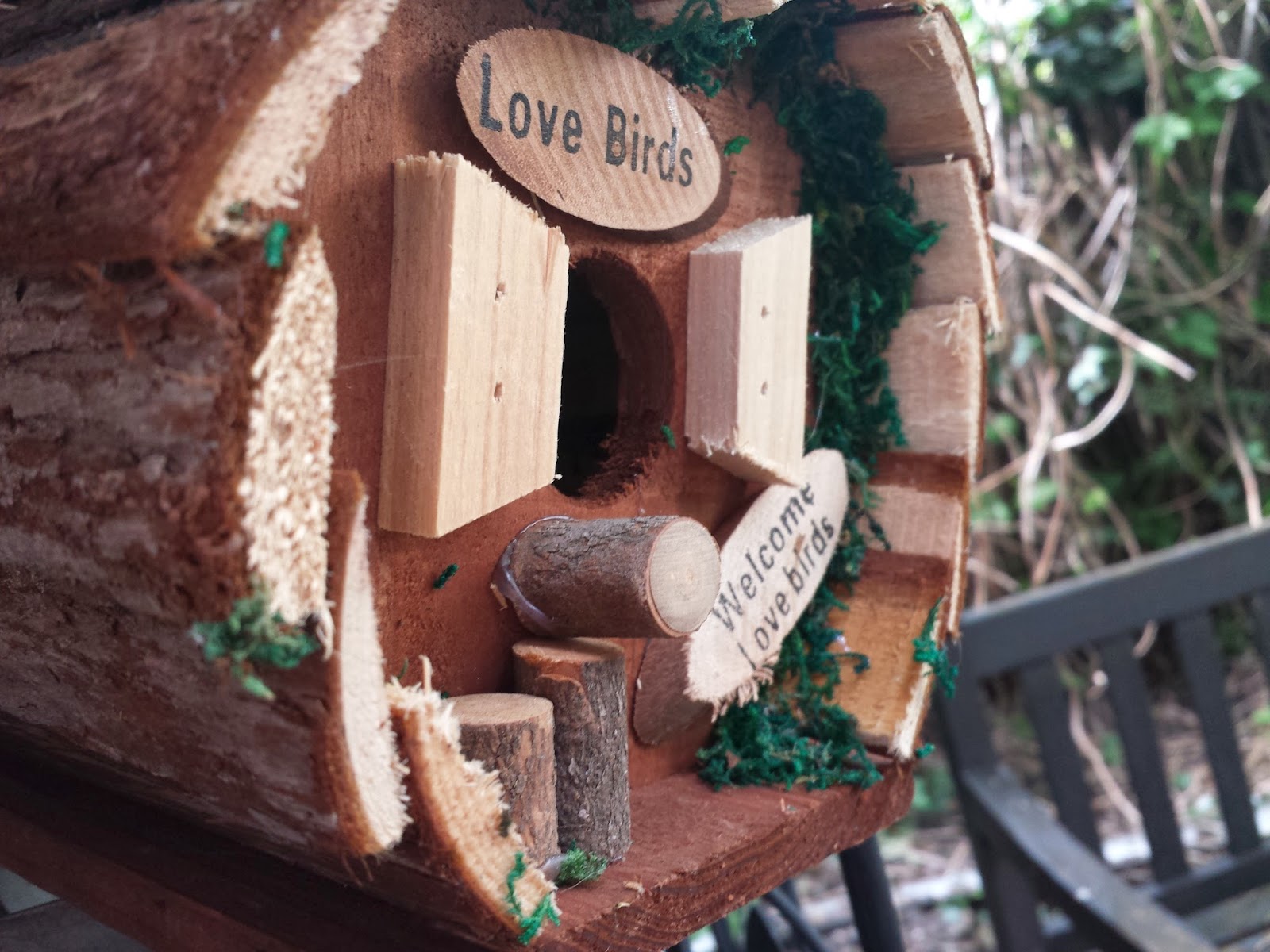 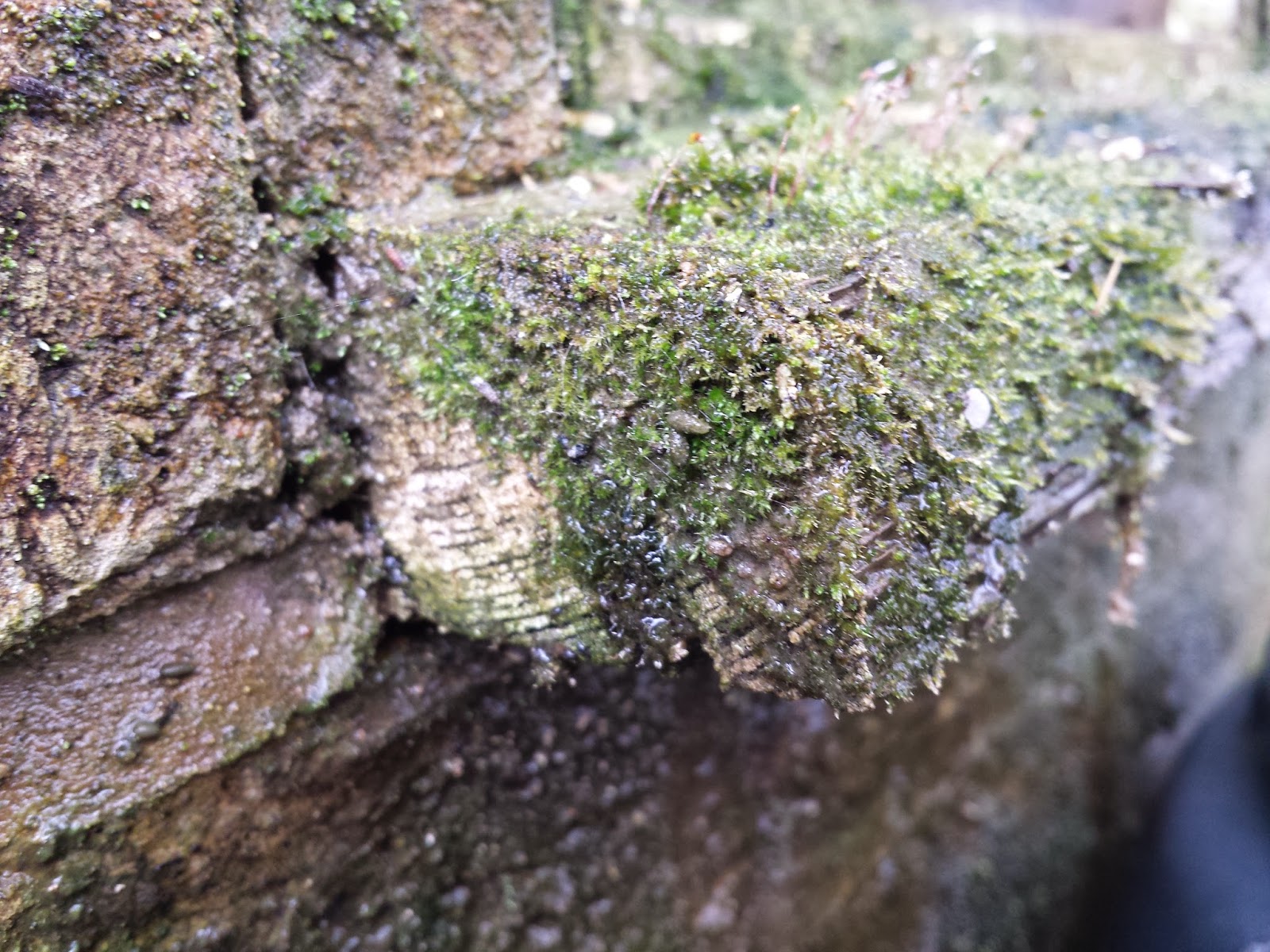 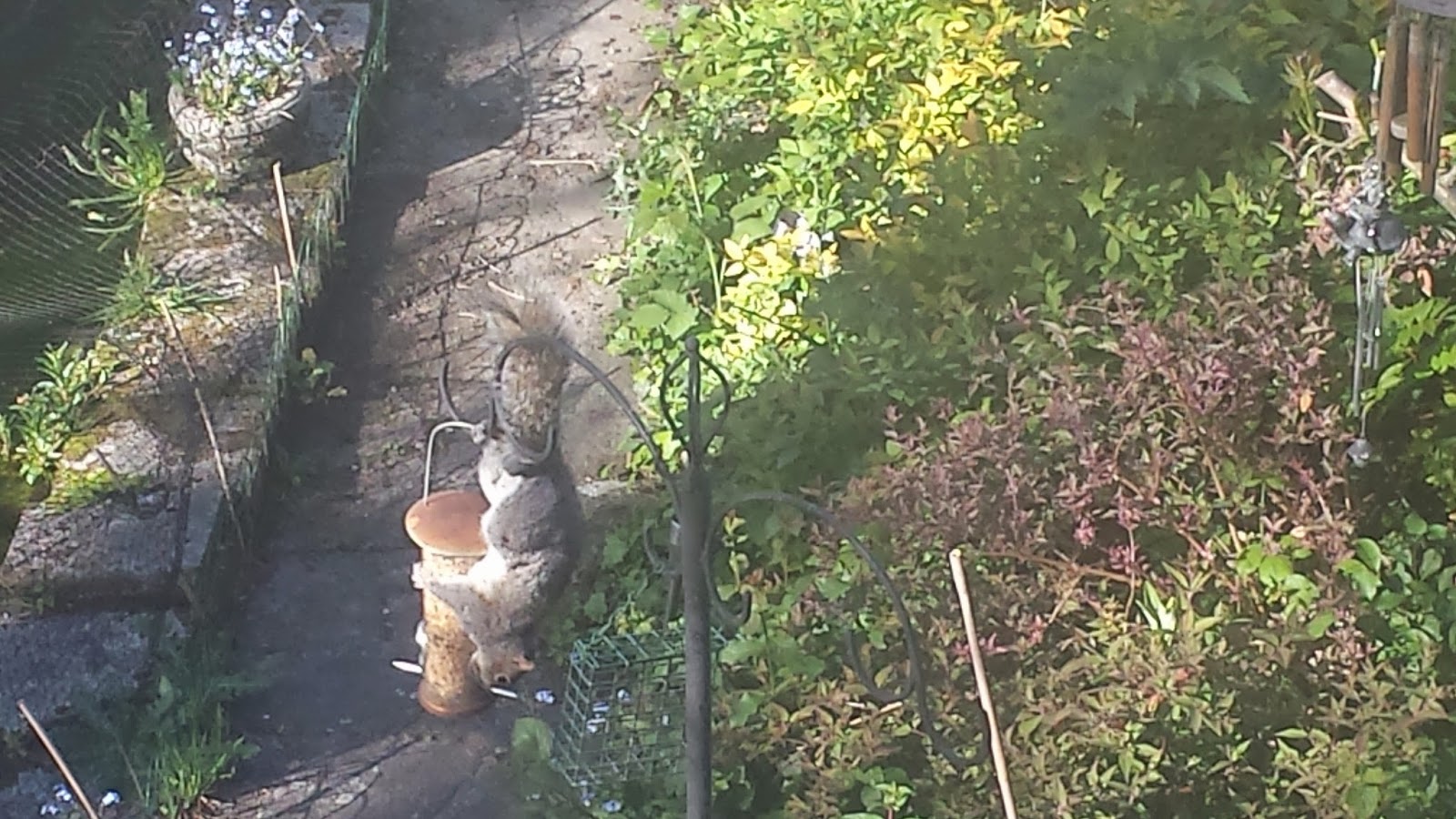 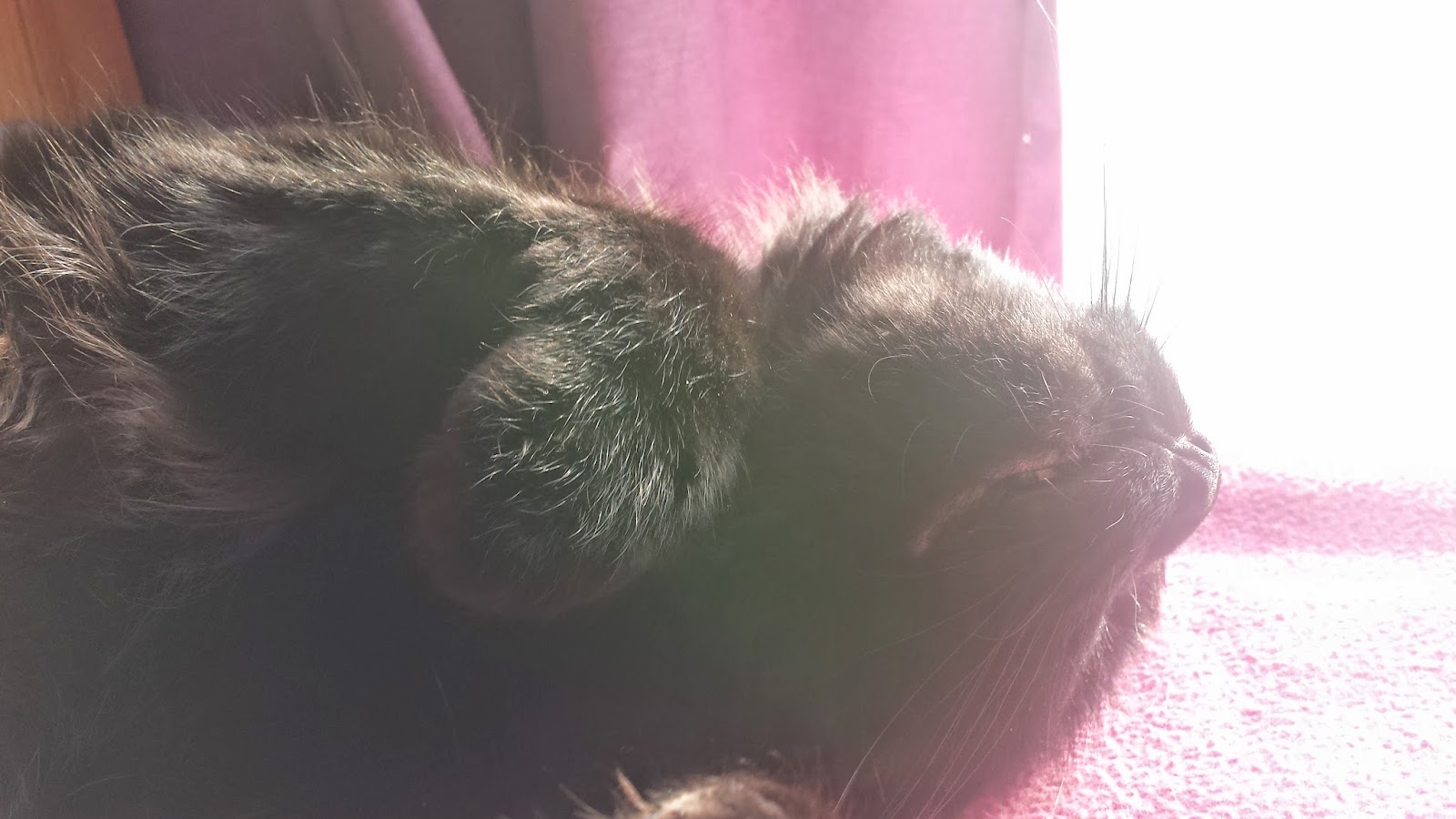 by Unknown at 4:30 pm
Email ThisBlogThis!Share to TwitterShare to FacebookShare to Pinterest
Themes: Sunday Social

Every year (as long as I'm awake and it isn't raining) I take myself to the end of my road one Sunday in late April to watch as the Marathon passes. It is usually later in April but every time Easter is late April the marathon jumps forward - 2011 and 2008 other recent examples.

This post is dedicated to my oldest god-daughter who is very excited by the marathon.

God-daughter wanted some video, I didn't take any sadly - but thanks to Google's Auot-Awesome function I've got some animated photos!

Prominent in the last shot is the orange vest on the chap running for the MS Society - I'm always very thankful to those orange vests (and the blue vests of the MS Trust) for putting themselves through 26.2 miles of running to raise money that will go to charities researching MS.

by Unknown at 3:42 pm
Email ThisBlogThis!Share to TwitterShare to FacebookShare to Pinterest
Themes: London, Miscellaneous

1. What was your best birthday?
Well, I've had 38 of them so that is quite a lot to choose from! I'm not sure I can choose a 'best' I enjoyed my 16th (in the garden of the house where I grew up), my 18th (back in the garden), my 21st with family and friends, my 30th - held a month early, one of my friends (mother of youngest god-daughter and bridesmaid) has her birthday exactly two months before me so we had the party in the middle, and last year on the Wednesday after our wedding!


2. What was your best vacation?
1999 a fortnight in New York City. It was the first time I'd been anywhere on my own, and NYC is an amazing place to be. I had friends and family in New Jersey, up-state New York and New York City itself, so I had plenty of help with what to see and where to go. I'd love to go back as this was before I got into fooball and baseball so I didn't visit Yankee Stadium or Meadowlands.


3. What is the best date you've ever been on?
Do you still have dates when you're married? The day after our wedding Husband and I went for a wander in the City of London. Quiet and peaceful on a Sunday we enjoyed Postman's Park, One New Change and a milkshake next to St Mary-le-Bow. It was a bit like London was just there for us, the newly-weds.


4. What is the best movie (quality) you've seen?
That is a very difficult question. I think I'd choose 'Now You See Me'. We saw it at the cinema last summer, the effects and sound were amazing - it was so well imagined and staged.

5. What is the best TV show ending of all time?
That's a tricky one. Not least because you don't want to spoil the end for people who haven't seen shows yet. A lot of shows have terrible ends because they don't know when they're filming that they're getting canned. The best, therefore, are the ones which have had time to build to their end.

My favourite is Six Feet Under. The end is rounded and satisfying and brings the show to a close, and it is in keeping with the way that the show worked all the way through. The show ended back in 2005; and it is only the last few moments of the show that really put it at number one for me. Clare (the daughter of the funeral home family) drives off to start her new life; and as she does it is cut with flash-forwards showing the death of every character (complete with the fade to white and dates that always accompanied a death); nobody was left out - including finally Clare herself. So we knew what happened to everybody, their stories (their lives) complete.

Type "best TV Show finale" into Google and you'll find out a lot of people agree with me.

There are several others which deserve an honourable mention: Quantum Leap, you might not like it but it had an answer, Sam never returned home but gave his friend Al the love of his life back; Friends, it wrapped everything up neatly - apart fro Joey (and that character went on to have a spin off show) everyone got their happy ending; Buffy the Vampire Slayer set up for the continuing story (in comic book form as it turned out); Smallville, achieved its mission target and set the story for Superman; Burn Notice, every episode started "My name is Michael Weston and I used to be a spy until..." at the end Michael and Fiona and their son are holed up in a cottage and it turns out that the whole series was Michael telling the story of his life to his young son.

There are a few dishonourable mentions too:- Angel, so not an ending, just another battle going on; Lost, completely didn't answer any of the questions (not some, not most, any) stayed up in the early hours to watch the simulcast with the US (no spoilers allowed) and it was such a total let down.

The poor shows who didn't know the end was coming; The 4400, Jake 2.0 and John Doe three of the most irritatingly prematurely ended.

Let's not forget the shows who don't know when to quit - Jericho, never very good, full of plot holes you could drive a bus through, canned after its first season and resurrected thanks to fan action and allowed to play out the end in a second (even worse) season. They tried to get the same result with The 4400 but to no end. I'd like to think that Jake 2.0 or John Doe (worst cliff hanger ever) would have achieved the same results with fan action, but I don't think the fan base was ever big enough.

Enough TV talk. I think we've established I watch too much TV! See you next Sunday socialites!

by Unknown at 2:17 pm
Email ThisBlogThis!Share to TwitterShare to FacebookShare to Pinterest
Themes: Sunday Social

...get ready London. This Sunday it is the Virgin Money Marathon. The Royal Borough of Greenwich is already getting ready with its "No entry signs" and cone collection. Crowd control barriers are out. Portaloos and other marathon amenities are fighting for space with the Circus up on Blackheath common (I suspect this is not as much poor planning as possibly the different uses are in the different Boroughs who share the Common?). Be prepared, if you live in the wrong place as we do, to be trapped in your house until Sunday afternoon... so if the weather is fine, why not go out and support the runners as they pass by?!


by The Mrs Nat G at 1:58 pm
Email ThisBlogThis!Share to TwitterShare to FacebookShare to Pinterest
Themes: London

Drive through and it seems an oddly incongruous village nestling on the edge of the Thames and the Southern-most Easter-most edge of London. Charlton is famous (locally at any rate!) for many things... we'll start at Charlton House.

Built during the reign of James I, Charlton House is generally considered to be on of the finest and best preserved Jacobean mansions in London. Now owned by Royal Greenwich Borough Council it houses (amongst other things) Charlton House Library, the Mulberry Tea Rooms and various rooms available for community use (including weddings!).


Charlton House dates back to the 17th Century, and has the traditional "E" shaped layout with a chapel and a gallery (as every fine home of the time would have).

The arch in front of the house and the orangery (converted to a public convenience but now closed) are enthusiastically attributed to Inigo Jones.

Equally enthusiastic is the claim of the mulberry tree (behind a protective wrought iron fence) to be the first of its kind in England. The story goes that it was planted at the behest of King James I to breed silk worms. Unfortunately this is a black mulberry tree and the silk worms prefer the white mulberry tree (which does less well in European climates).