Last night we stayed in to celebrate the New Year, as we do every year - can't really see the point of paying to go to a bar or pub which 24 hours later will be free!

Come midnight we popped the champagne, let the old year out of the front door, and enjoyed some free fireworks courtesy of the good people of South East London. 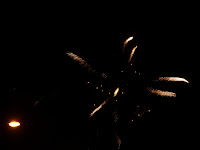 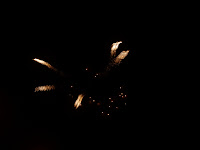 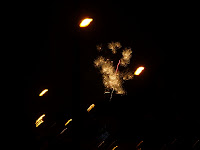 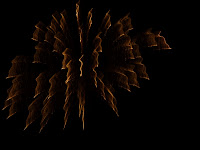 We went out the back of the house to look for the moon. Last night was a blue moon - not referring to the colour of the moon but the fact that it was the second full moon of the month. A rare event indeed occurring only around every 2.7 years (forty-odd times a century). For trivia buffs, the unusual occurrence gives rise to the phrase "once in a blue moon".  Sadly it was rather cloudy so I wasn't able to get a very good shot of the moon. 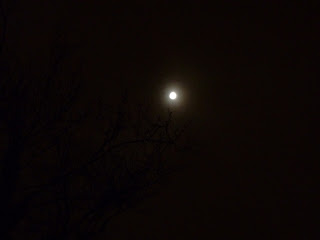 The reason that it was a bit cloudy was because it was actually trying to snow. What an excellent weather start to the New Year! 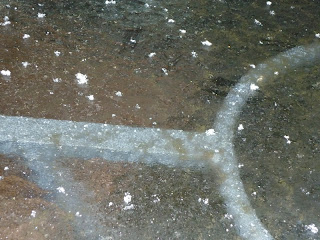 After all the cold weather we went back indoors to watch the end of Jools Holland and finish up the champagne... and oddly to blow bubbles. 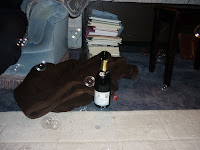 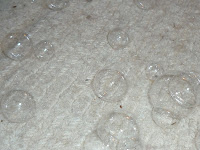 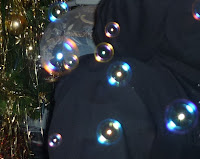