Another weekend of sport on the horizon 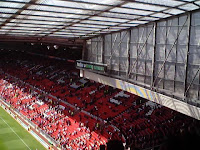 We start on Saturday with two FA Cup Semi-finals. All the four teams making their way down from up North to Wembley - Manchesters United and City on Saturday to be followed by Stoke and Bolton on Sunday. Arsenal and Liverpool are also playing on Sunday - and don't forget of course Charlton are at home to Huddersfield. 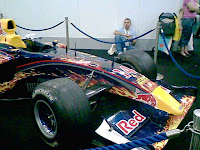 Then on Sunday there is also the Chinese Grand-Prix (the last that we'll have to watch 'as live' for a good while). We'll have to wait even longer in my house as Celtic are playing a cup-semi final against Aberdeen which Rich won't miss for an early run of the Grand-Prix! 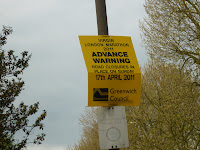 There is also, of course, the London Marathon on Sunday too. I doubt (on the basis of recent weekends) I'll make it out of bed in time to see any of the runners go past the end of our street - we're not far from the mile and a half marker so they come by quite early. I support them all in spirit though - especially all the fund-raisers running to raise money for the various MS charities.
by Unknown at 8:53 pm
Email ThisBlogThis!Share to TwitterShare to FacebookShare to Pinterest
Themes: F1, Football, London
Newer Post Older Post Home