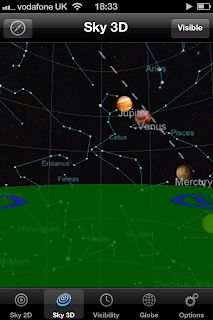 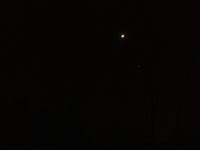 So now every so often I turn my eyes skywards once the sun has gone down and see what is in the sky. The app tellls me the constellations; of course if I want the names of the individual stars then I'll need another app!
by Unknown at 6:04 pm
Email ThisBlogThis!Share to TwitterShare to FacebookShare to Pinterest
Themes: iPhone
Newer Post Older Post Home