1. How much time do you spend on Social Media a day?...be hones
Several hours at least! I get driven to and from work and spend a lot of the time in the car using Twitter, Instagram and Facebook. I usually fit in some Facebook at breakfast and lunch and catch up with more Twitter in the evening. I also spend time of LinkedIn at work, so yes - more than a few hours!

2. How long were you reading blogs before you started a blog?
I didn't start reading blogs until after I started writing one. People left comments and I went to visit their blogs and it went on from there.

3. What is your favorite kind of cupcake?
I am not really a massive cupcake fan. I like decorative ones... 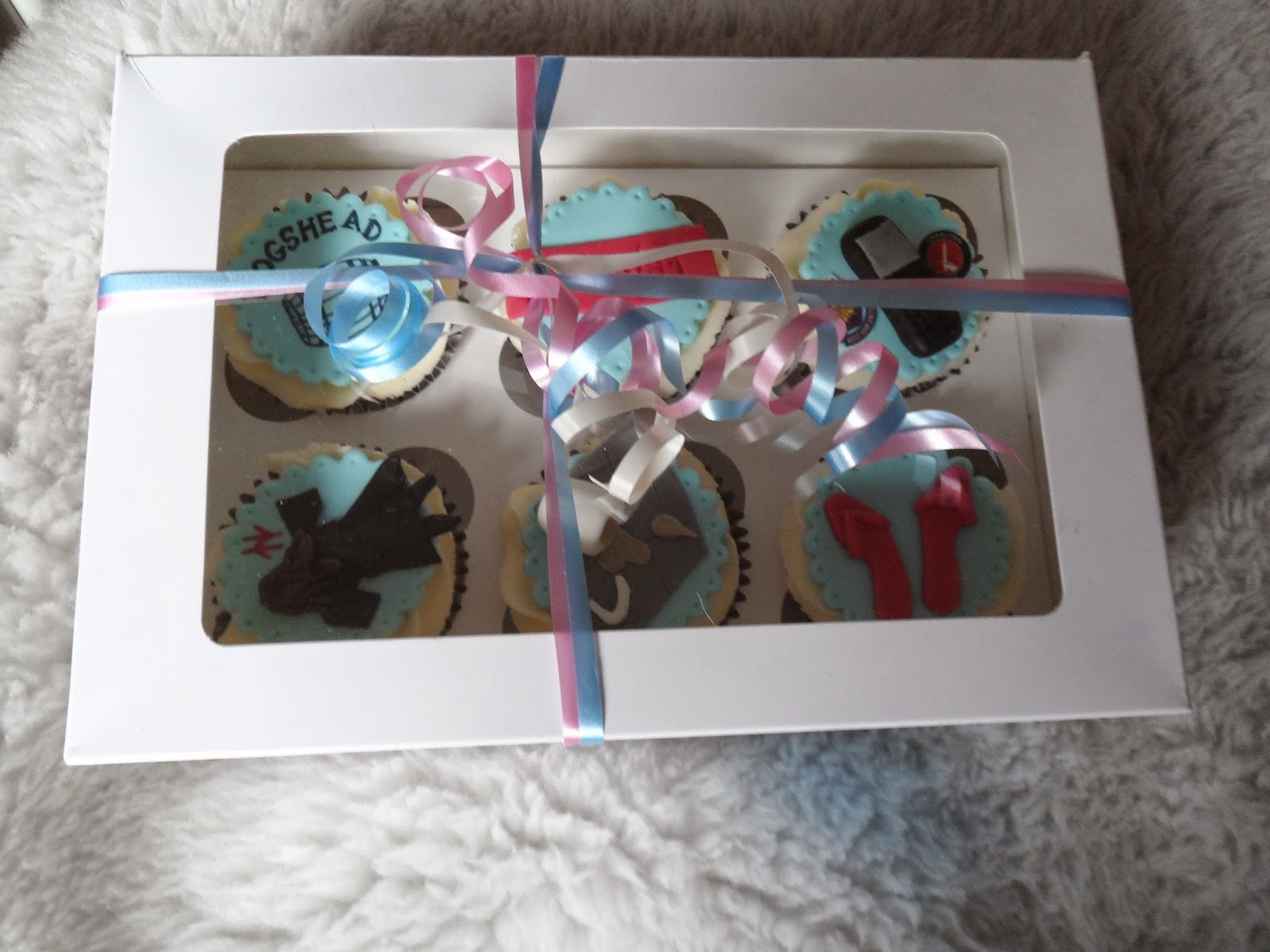 My friend got these for me as a gift on my Hen Night - everyone had to get a gift that would make me think of the giver... lots of little memories on top of decorated cupcakes.

4. Do you eat fast food? If so what's your favourite?
I'm not sure quite where the definition of fast food begins and ends?! We're fond of take-out, if that counts as take out? Chinese and Pizza, sometimes Indian. If we're talking restaurants then there are occasional trips to KFC and a Burger King (although the ones near us mostly have closed down so a rare event indeed). McDonalds has been known but only because there is on in the shopping park, neither Husband or I are fans. We do like the (now seemingly quite uniquely South London) Wimpey... although fast is pushing it as you sit down and they serve you your burger and chips!

5. What is the most random thing someone would find in your purse?
Good grief, take your pick. The winter it gets quite normalised - so my rain hat probably, but in the summer there are all sorts of odd things including my folding cutlery set and a wooden fan!

6. What is the weirdest TV show you watch?
That is a very subjective question. One person's weird is normal for somebody else. All times I go straight to Twin Peaks... but that kind of broke the mould. Certainly I don't think any of the comedies or dramas we watch now would count as weird. In fact, anything that remotely borders on being weird these days tends to get itself canned before getting a foothold. There has on occasion been strange, but that isn't quite weird, strange because they were inexplicable in plot or resolution - Persons Unknown and Jericho (if you didn't watch them, don't); Lost (great until it finished); Dead Like Me, Reaper, Pushing Daisies, Six Feet Under, Tru Calling and Joan of Arcadia to name but a few (if you didn't watch them, do).