Even though I grew up in the countryside, well a village surrounded by countryside, I took the natural world for granted. It wasn't until I moved to more urban locations that I truly appreciated every time my path crossed with nature.

Living in London you wouldn't think I'd have much interaction with nature, you'd be surprised. I'm lucky to live at the end of a terrace, this means we get a bigger garden than most as it is the bit of land that falls in between everything else. We have a large sycamore tree and (decreasing) numbers of our neighbours also have trees. This means that as well as a fox dynasty and a family of squirrels we have a diverse avian population. Every year I spend an hour observing them for the RSPB Big Garden Birdwatch.This year was a bit of a failure due to high winds and rain... but 2012 and 2013 did quite well.

This weekend the arboreal population suffered a bit of a set back. Neighbours down the street called in a tree murderer (yes, a tree surgeon). Happily the 'twittering tree' where the tits and robins hang-out could only be cut back over the fence line, not that it didn't lose a few limbs before I noticed what was going on! This adds to the tree nearest the house which Husband voluntarily cut back last year before it could be butchered. My immediate neighbours have no love of nature, my distant neighbours wanted some of their gardens back from under leafy canopies. Far be it for me to point out the importance of the trees for providing homes for wildlife, or their place in the ecological cycle converting CO2 back to oxygen... as long as sunshine gets through and leaves don't clog gutters.


Still sulking about the tree issues from the weekend I was therefore not in the mood for the landlord of my office and the pigeon offensive.

There is a fire escape at the back of the building. One of those bolt on steel ones with columns and beams supporting the rises of stairs.

The pigeons like to roost on the beams, and failing that the window sills. It is oddly peaceful hearing them cooing away. No longer. Yesterday a cage of netting surrounded the stairs and evil spikes were placed on the window sills. There are gaps where there are opening lights, so maybe eventually the bird-brains will sit there, but having watched their learning process with food in the garden I have my doubts. 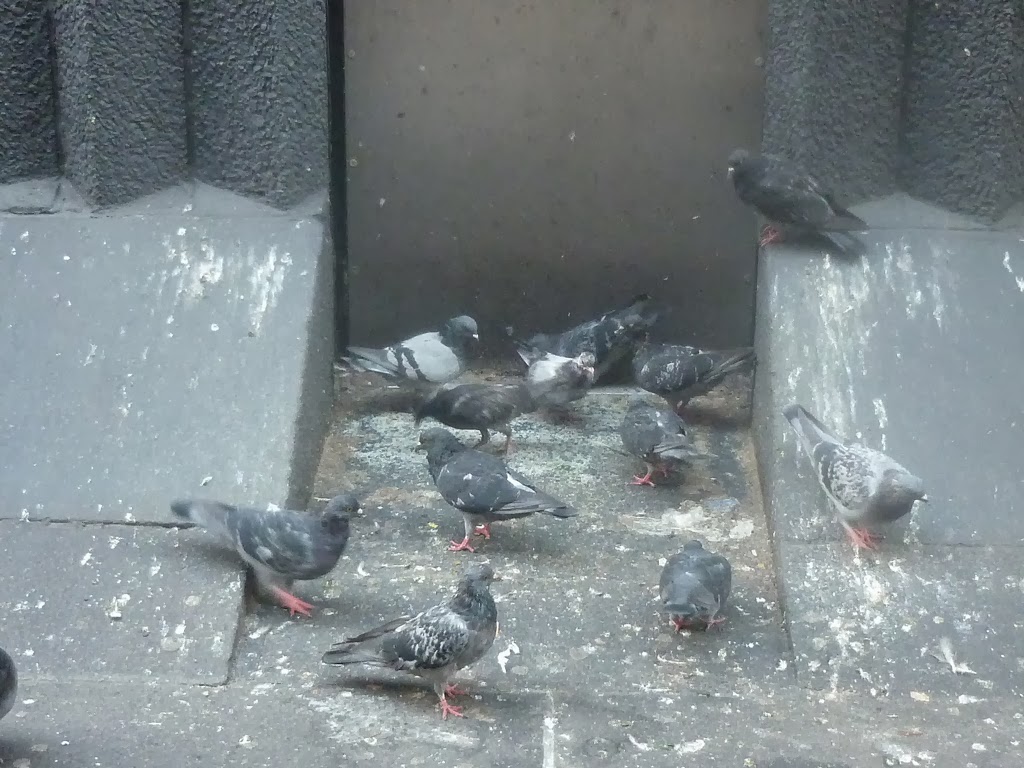 I know that pigeons are considered vermin. They are unwelcome almost everywhere. They are just trying to scratch out their existence the best they can. One reason that you see so many in London with deformed feet is the conditions that they are reduced to; slum dwellings almost. 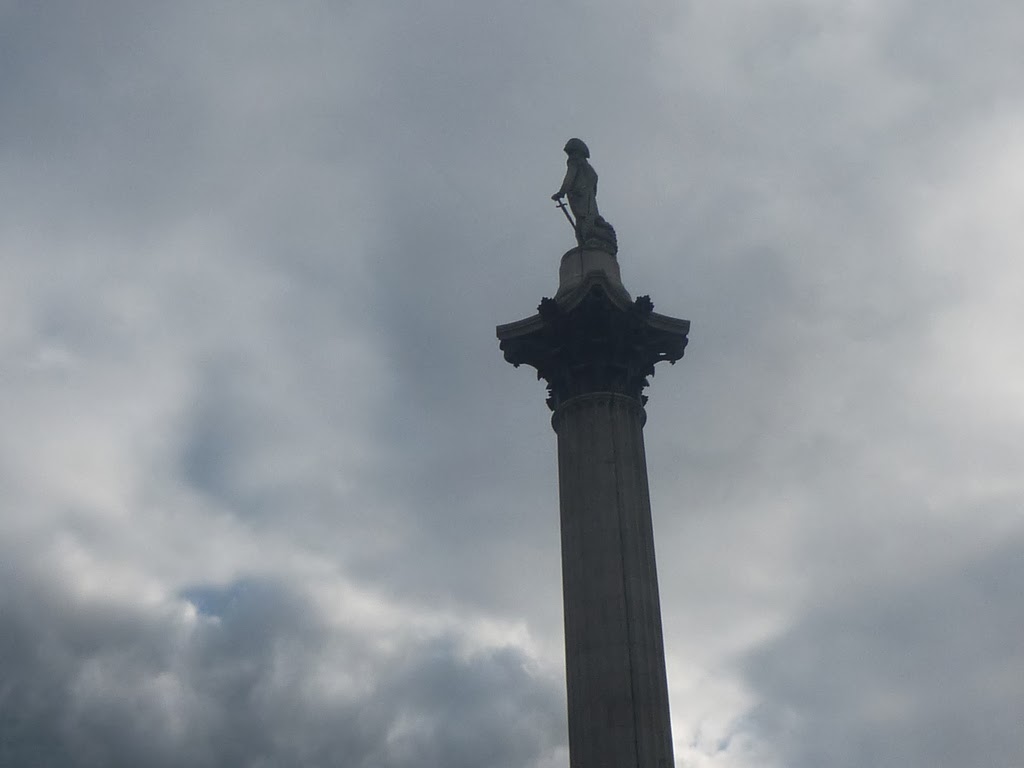 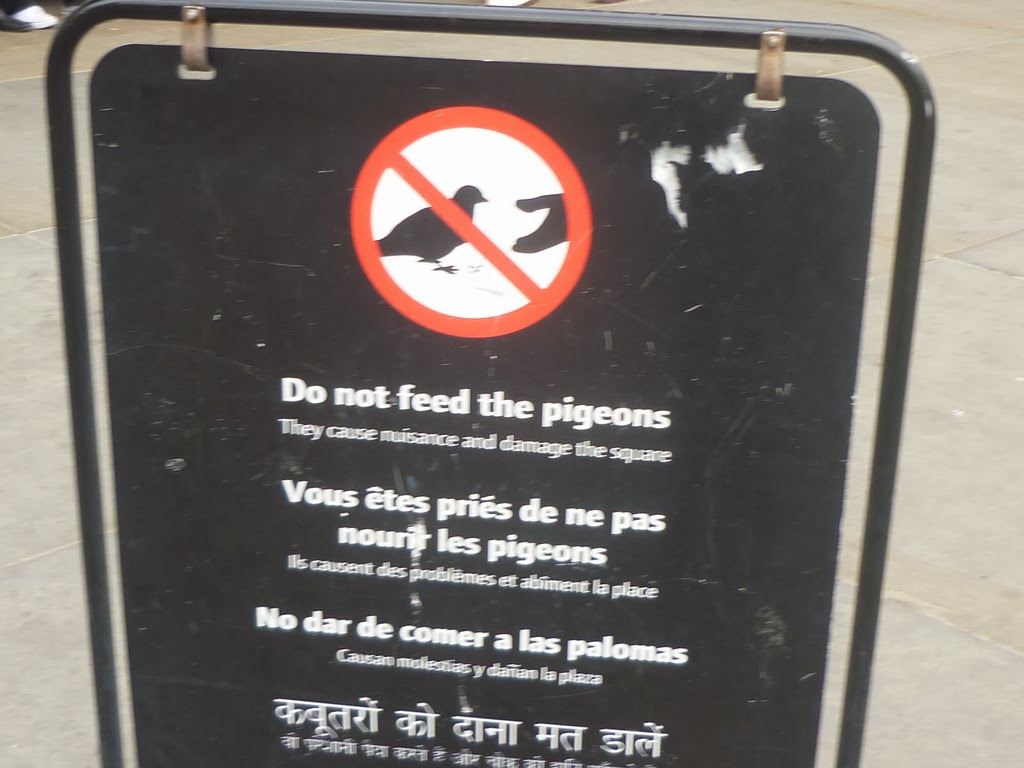 I have happy memories of feeding the pigeons in Trafalgar Square as a child, an activity carried out with almost all visitors for other countries. Outlawed now. 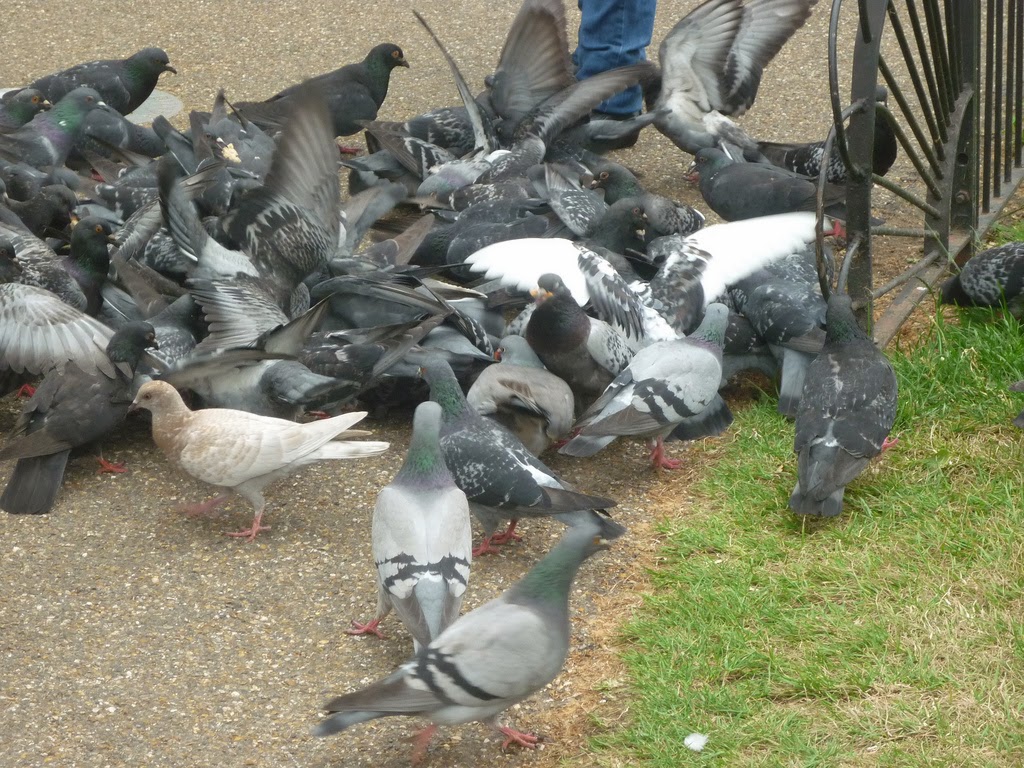 There are still open spaces all over London, the Royal Parks and smaller squares and gardens, so there are still places for the birds (even the pigeons). The picture on the right shows a flock in St James's Park. It shows a variety of rock, stock and feral pigeons.


They are all welcome in our garden any time (although Casper possibly doesn't agree with that, he has opinions about pigeon invasions!). 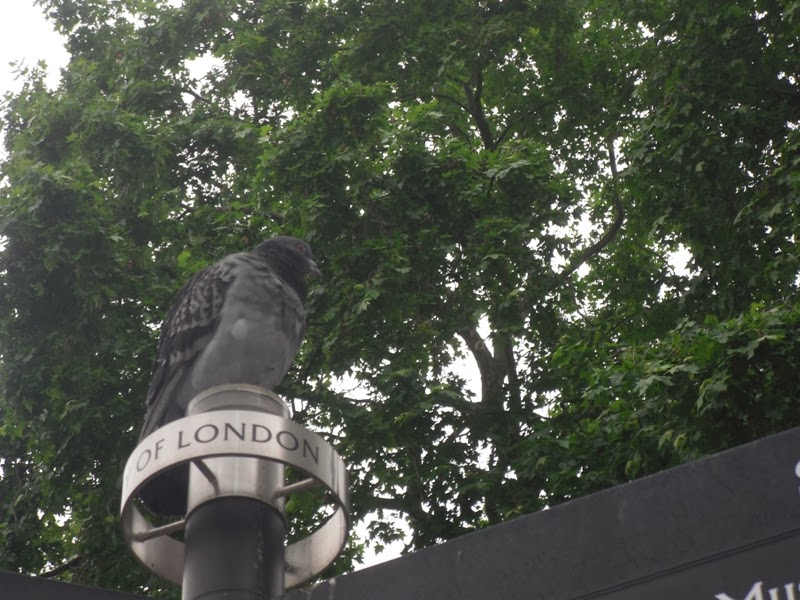 This pigeon was spotted near St Paul's Cathedral and put me on the look out of the 'Little Old Bird Lady'. That lullaby Mary Poppins sings to Jane and Michael in the Disney film?

I'm sure the moral is intended to remind children of charity towards fellow man via the birds - but lets not forget the birds.

Early each day to the steps of Saint Paul's
The little old bird woman comes.
In her own special way to the people she calls,
"Come, buy my bags full of crumbs.

Come feed the little birds, show them you care
And you'll be glad if you do.
Their young ones are hungry,
Their nests are so bare;
All it takes is tuppence from you."

All around the cathedral the saints and apostles
Look down as she sells her wares.
Although you can't see it, you know they are smiling
Each time someone shows that he cares.

Though her words are simple and few,
Listen, listen, she's calling to you:
"Feed the birds, tuppence a bag,