This year an unreasonable amount of my favourite game franchises brought out new releases. In fact, all my favourites except for Fable (which given the disappointment of Fable 3 against Fable 2 is possibly not a bad thing!). 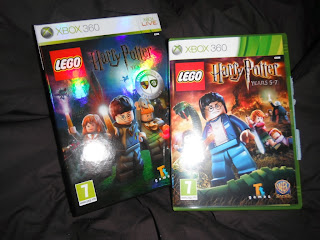 First up, the ever popular and firm favourite - another instalment of the Lego Xbox franchise. Having thoroughly enjoyed my last dose (Pirates of the Caribbean) it was time for the end of the Harry Potter set with years 5-7. Slightly confusing as I'd been recently playing the non-Lego version Xbox game.

The great thing about this is that nothing has changed since the last release. Hogwarts is still the same - everything is where you left it. The regular games can rarely boast that!


Liking the movies helps, but you don't need to with the Lego games. Running around and beating up bits of Lego (and little Lego baddies) in return for rewards - what's not to like?! 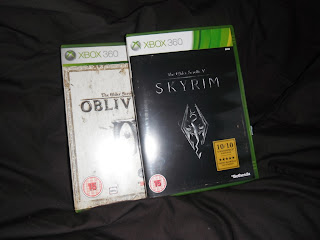 Next up, the Elder Scrolls. I've yet to meet  iterations I through III but The Elder Scrolls IV Oblivion is right up there in my all time favourite games list.

When I discovered Skyrim was available it was too close to Christmas to do anything other than hope that it would be under the tree. The Better-half knows me too well and didn't let me down. Just as addictive as Oblivion... hours will pass with Skyrim. 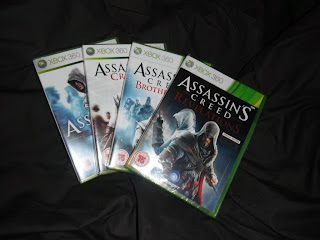 Finally... Assassin's Creed Revelations. I've not started yet as I'm still stuck at the end of Brotherhood. This may not stop me though - I finished Assassin's Creed II but never the original.

Looking forward to seeing Ezio again, but not so happy to have the surly Altair back.

You can pretty much predict the games I'll play on Xbox; they come in two varieties. Lego games (not too fussy what the theme is) - the PEGI rating of less than 12 means that I'll be able to manage them with ease. The other is role playing games. They need to be set in a vast universe... an overall story with quests is a must, but the ability to choose where you go, what you do and when you do it is a must. The game lasts so much longer that way! 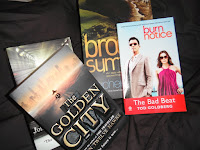 As a Kindle owner I thought my book reading days were over... but of course, at the moment, you can't put Kindle books on your Amazon wish-list. And, some series, having started in paper, have to continue in the traditional format. So, this year; I received a surprising amount of books for Christmas.

The plus side of books - as well as looking great on the shelves - is that you can take them in the bath!