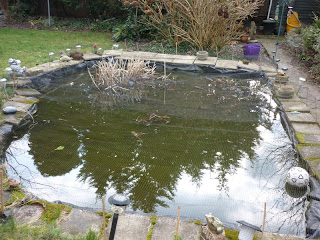 It's that time of year again... Spring is imminent. We had to go out in the garden yesterday to replace the pond netting. It had not survived the winter well what with the snow and ice, and a couple of times this week the heron was spotted in the pond trying to take advantage of his very own 'all you can eat buffet'. Well, no longer. This year we started from one end and then instead of starting again with the second sheet from the far end we started from the middle - we got a good few feet lapped and tied it with plant ties. No way in for the long legged bird!!!


Whilst we were out there we dead headed the rhododendron bush (which badly needed it) making an ad-hoc feeding station for the smaller garden birds! 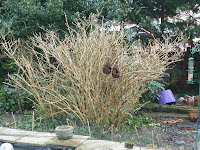 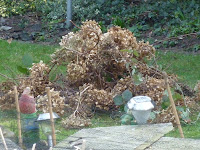 The robins and all the other garden birds are totally not bothered by our activities... both thin robin and fat robin came to investigate the newly filled food tray! 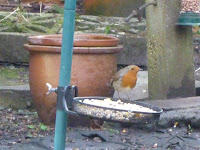 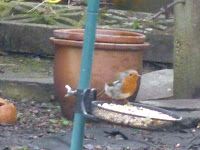 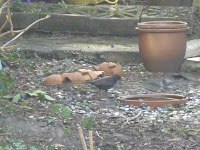 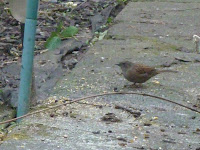