A night of music and tunnels 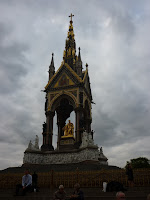 A week last Friday I took a trip to the Proms. When I looked on the map it seemed that the Royal  Albert Hall was equidistant from South Kensington and Knightsbridge tube stations. I decided to walk from Knightsbridge... trust me, South Kensington is definitely closer! It was a fine evening though, and a gentle walk through Hyde Park and Kensington Gardens was very pleasant. 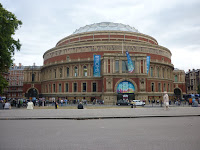 I went with a group of friends, and we had arranged to meet in the queue for the Arena. What I didn't know is that there are two queues for 'day tickets' and I joined the first queue I came across. Had I walked clockwise around the Royal Albert Hall I'd have joined a different queue! 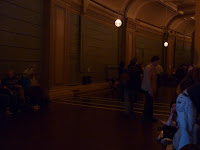 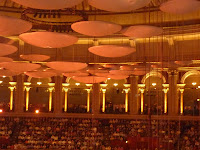 We ended up in the Gallery... after climbing up a lot of stairs! I had to drape myself over the railings to recover. The concert was great though. We saw the Vienna Philharmonic playing 'Don Quixote' by Strauss and then after the interval a Brahms symphony (the 4th I think). 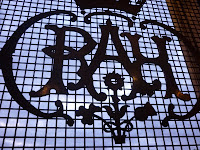 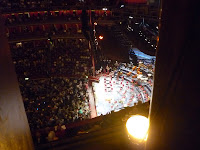 It was hard on the feet as there are no seats up in the Gallery but for a fiver I guess you can't complain. It also got quite warm being right at the  top and with the heat from all the lights. It was a relief when the shutters were taken off the windows in the interval and the cool evening air came rushing in. 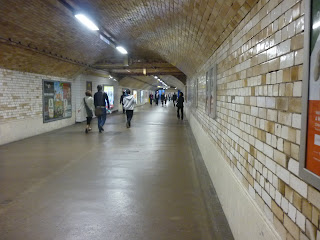 Going home I didn't make the same mistake as my journey there and went back to South Kensington tube - famous for access to the museums and the long subway tunnel. 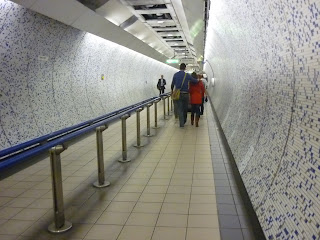 So from the 'Gods' at the Royal Albert Hall to the tunnels of London Underground!