Every year a colony of ladybugs takes their Winter hibernation in our bedroom. Every Spring they wake up and all try to leave at once. This usually happens around the middle/end of February - so having got to March already I was a bit worried not to have seen any of my little red and black friends. I worried that perhaps the recent snow had been too much for them.

I was relieved to see half a dozen or so yesterday on and around the bedroom window performing their usual exit strategies. It was quite mild weather yesterday and Friday so maybe that finally woke them up! 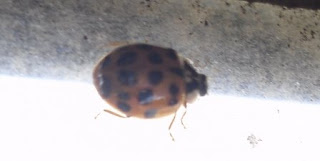 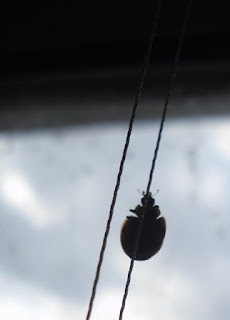 Climbing... too lazy to fly 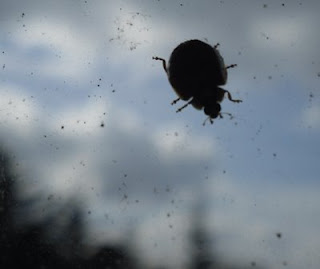 Looking for the way out
Whilst the weather was so fine I decided to spend some time in the garden, hoping that Jaws was feeling a little less persecuted now that the heron seems to have given up on the pond (touch wood).
As I sat on the bench and watched Jaws (I didn't want to get to close in case he was startled again) I saw the most enormous bumble-bee on the table next to me. I'm not fond of things that go 'buzz' (wasps or bees). Actually I generally suffer quite badly from apiophobia (fear of bees) and spheksophobia (fear of wasps). The strange thing is that (as far as I can recollect) I have never been stung by either - no matter, I can't be near them... just the sound of buzzing is enough to have me running for cover.
This bee was a little different, it was clearly just woken up from hibernation... no buzzing, no flying, just crawling sleepily around the table top. 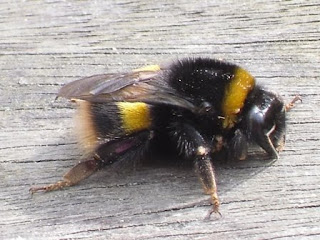 Jaws has been joined in the pond by an extremely large amount of frogs. I would guess that it will be a matter of weeks if not days before they start spawning. It is nice to think that this year they will be safe from net disasters and predators. 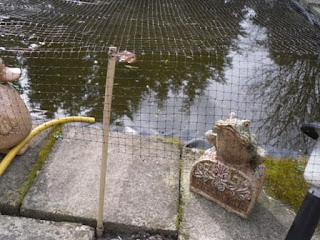 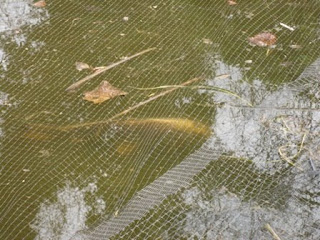 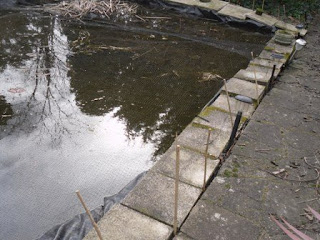 The work of art that keeps the netting up
by Unknown at 7:00 pm
Email ThisBlogThis!Share to TwitterShare to FacebookShare to Pinterest
Themes: Nature
Newer Post Older Post Home