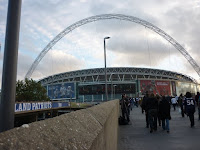 The day started off (as always) with a trip up the Jubilee Line (which luckily for us was actually running!). We arrived to a grey but thankfully dry afternoon.


The Tampa Bay Buccaneers were the home team taking on the New England Patriots. I didn't really much want to support either team as I don't much like the Giant's local rivals the Patriots, but neither do I like the Bucs owned, as they are, by the same family as Manchester United. So, I picked the team most likely to win - the Patriots.

We got to our seats just in time for the anthems (having spent the previous half hour queueing for a cashpoint!) and found that the might of merchandising had been in action again. Each seat had a piece of card (to hold up during the anthems) and a free flag to support the home team. Of course the organisers hadn't bargained for the mean spirit of the British public... somebody had stolen my free flag!

The enthusiasm of the Star Spangled Banner was first - with either a lot of Americans in the audience or a lot of people who see the US anthem sung at sporting events because everyone cheered in just the right place. We dutifully held up our piece of card to form the flag at one end (see arrow on the screen shot which is where we were sat!). God Save the Queen is always a bit of an anti-climax after the Star Spangled Banner but the crowd joined in with enthusiasm.

So the game began. It turned out to be the mis-match that we had feared, with the Patriots winning 35-7. It wasn't just about the football though. The whole day out has an amazing atmosphere and we had the most excellent time. 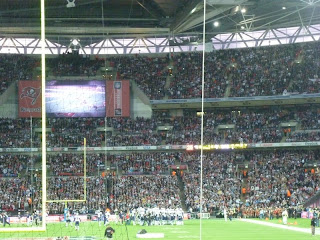 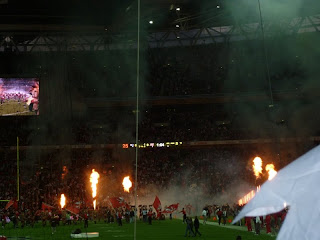 The Buccaneers take the field 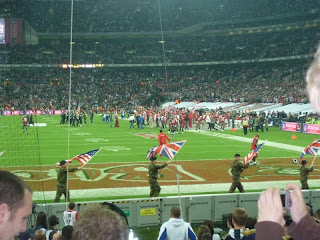 Soldiers carry the flags for the anthems 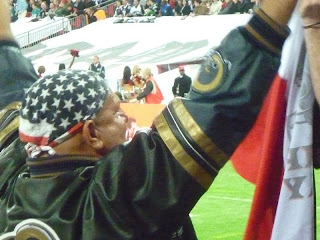 This guy started a Mexican Wave (about half a dozen times!) but eventually the whole stadium joined in! 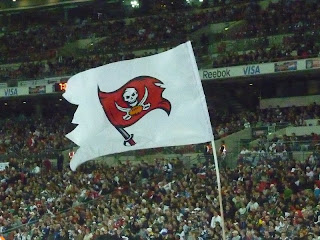 Flying the flag - one of the free flags given away. 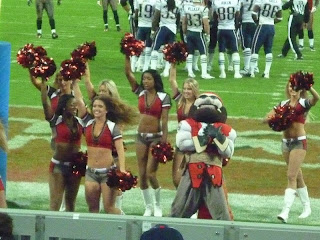 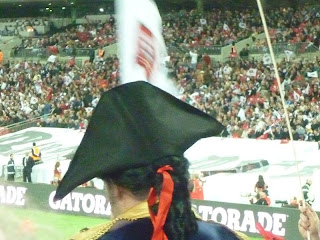 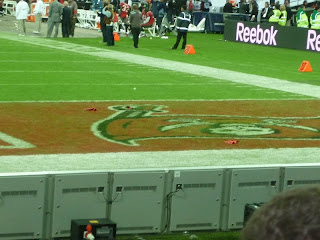 They might have regretted the 'cards on seats' plan as they got turned into paper aeroplanes and flown at the field! 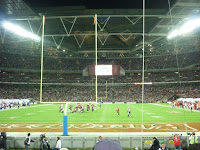 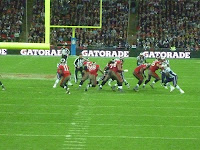 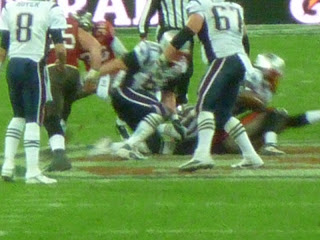 Oh yeah, they played some football too! (Go Patriots!) 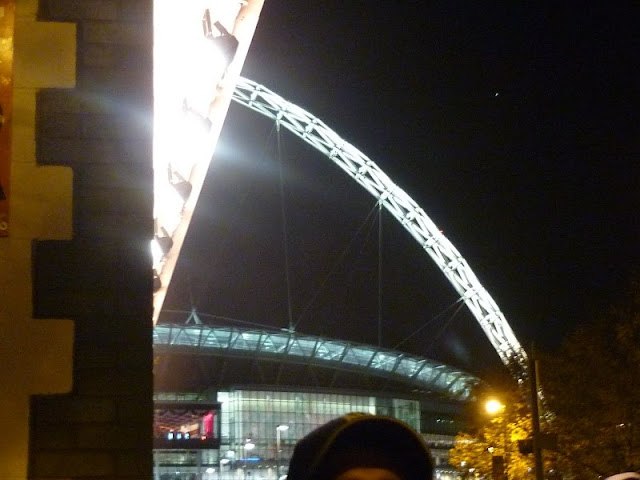 Wembley Arch by night - goodbye for another year.