A week in photos

A selection of random photos to give a taste of what I was up to last week:-

On Sunday I went to spend a couple of days with my Mum (recently returned from Cuba). My mum has a lovely colour co-ordinated kitchen; with some cute hearts hanging from the door handles. She also has quite a lot of lovely things that have come back with her from various travels (check my Instagram feed for more pictures).

I had the last day of annual leave of the calender year to use up before the end of April, so I had Tuesday off. Kitten-K kept me company whilst napping in sun-puddles; he was sulking because Husband and I were taking up the bed playing Xbox.

Wednesday (just for once) when I'm back in the office the weather became vile. The threat of fog was not just mist but actual fog. I never checked but I'm sure there were delays on flights into City Airport and I dare say that the Woolwich Ferry wasn't running either.

Thursday brought more grim weather (which lasted pretty much the entire day) - certainly into the evening rush-hour which was complicated by a situation near the Blackwall Tunnel which had resulted in it being closed for nearly the entire day and therefore jamming up all other major routes and the Peninsula.

Friday was time for my monthly coffee morning with fellow members of my local MS Branch. Good fun (and coffee) is always on the menu, and having missed a couple this year it was great to catch up with everyone. We meet near the mainline station which isn't in the town centre (known as Maritime Greenwich). This means I hope the DLR from Greenwich to Cutty Sark to indulge in a little retail therapy... Waterstone's is right by the station! I saw this advert for an exhibit running up at the Observatory (something about Steam Punk'd) and came home to another advert in my inbox!

Saturday brought a much needed day of rest. Slumming the house (being quiet in the morning as Husband had been out playing snooker the night before). Kitten-K and I were keeping an eye on the garden comings and goings and generally vegging out.

More garden watching on Sunday (not quite enough sunshine to tempt me out to do the weeding). Miserable magpie (go away and find a mate you rotten bird); one for sorrow, two for joy...

As it was Star Wars day (May 4th be with you) we spent the afternoon watching Star Wars Episode IV: A New Hope. I don't care what George Lucas (or anyone else) says, I'm a child of the seventies and that is the first Star Wars film. If we'd got up earlier we might have managed more films. Bonus fact: my Husband owns at least six copies of this film (and its friends V & VI); DVD, remastered DVD and Blu-Ray (and three video versions). Again, I blame George Lucas.


Not a photo but special Star Wars tribute from Casper K and someone with too much time on her hands:- 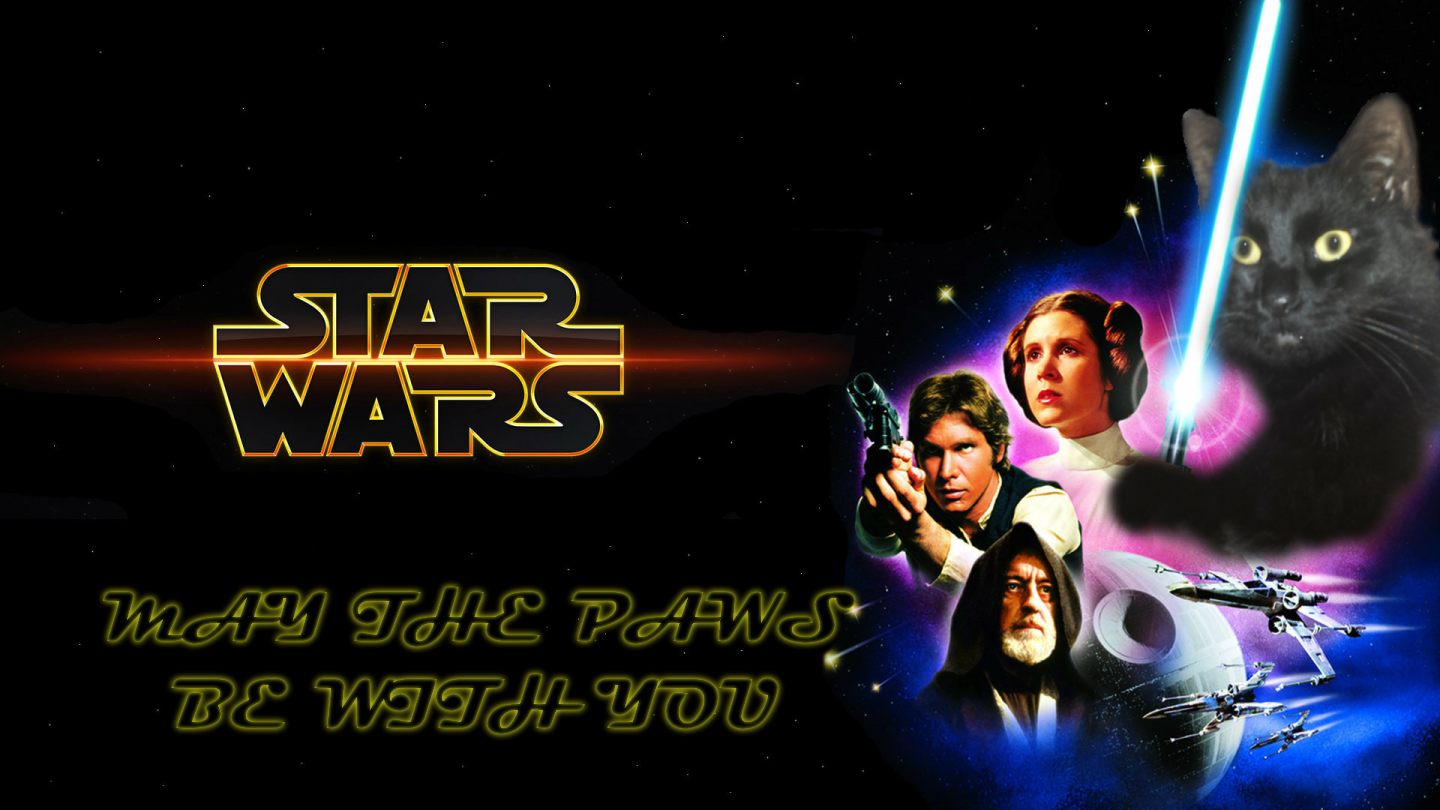