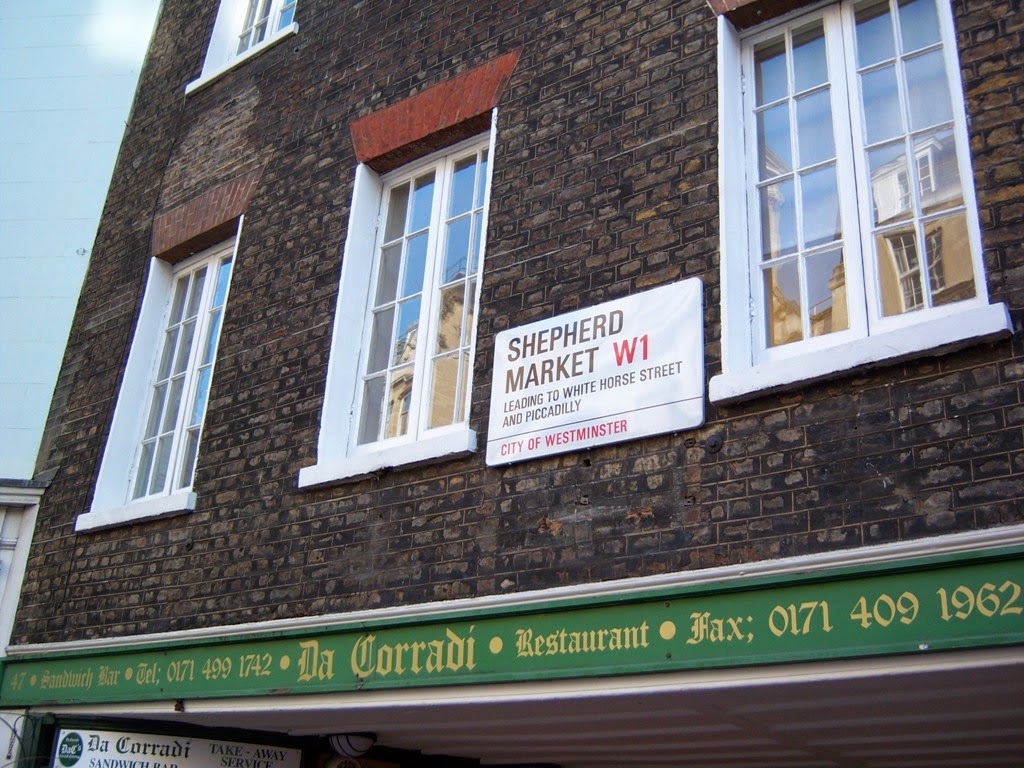 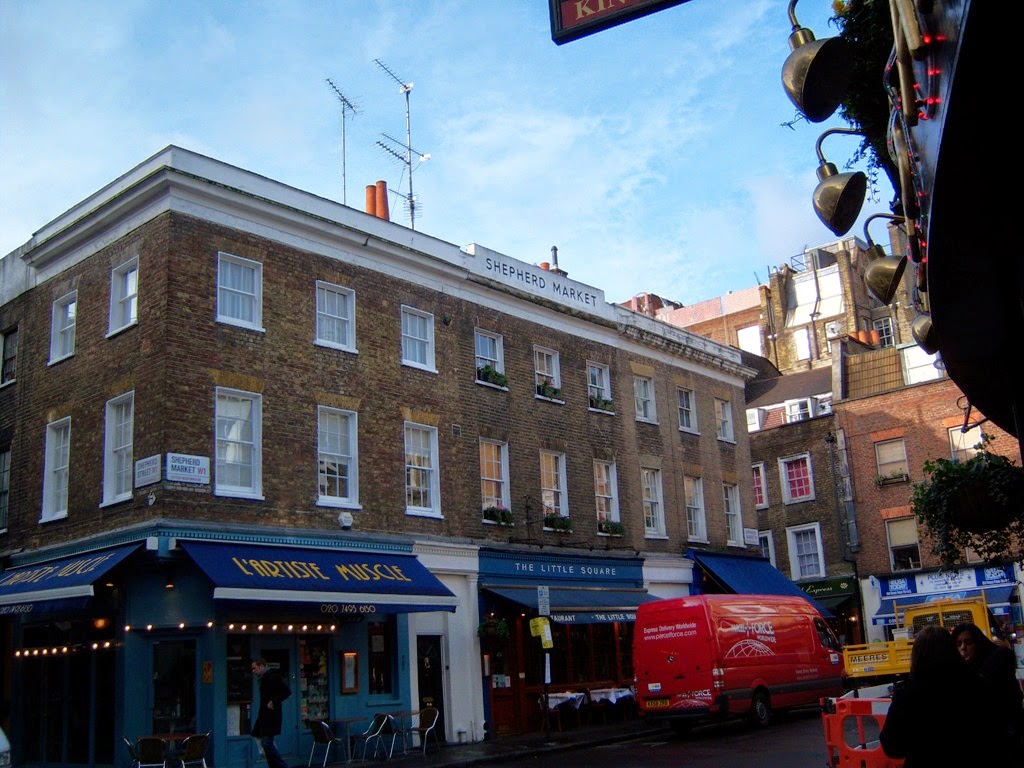 Shepherd Market is located amongst the warren of one-way streets that make up the landscape of the north side of Piccadilly that is Mayfair.

Back in history (before London had become the joined up city it is today) there were two built up areas (Westminster and the City) surrounded by a lot of fields and monasteries. When Henry VIII dissolved the monasteries and took the land that had been there he revitalised a long tradition of monarchs giving land as reward (or incentive) to noble families.

In the 17th and 18th centuries a fairly riotous and protracted 'May Fair' was held in the area now known as Mayfair. The problem was as the land was parcelled up and given to nobility (who built fine residences on it) they didn't want the likes of the revellers of the May Fair on their doorstep. The May Fair was booted (not very far) to Haymarket and Mayfair was left to get on with its gentrification. Edward Shepherd was the architect who was involved in a lot of this 'town planning' of Mayfair and the market is named after him. No sheep then!

It is now a collection of art galleries and restaurants; where on a fine day you can dine outside continental style.

Walking from Piccadilly to Shepherd Market you can wander up White Horse Street or Half Moon Street. Fantastic road names in Mayfair.