Me and the violin

When I was about 14 or so and studying music one of our summer holiday assignments was a whole load of questions. These questions were actually a competition being sponsored by General Electric (GE) and not only did I do the assignment I entered the competition.

I was selected as one of the many winners; the prize being tickets to see Nigel Kennedy play Walton's Violin Concerto; preceded by attending the rehearsal session... all conducted by the mighty Sir Charles Groves. The YouTube clip is not that performance but it is that gorgeous piece.


And so began my love affair with the violin. Nigel Kennedy became my hero; and his recording of the Four Seasons my top version ever (and I had to write an essay comparing four versions at Uni so I now whereof I speak!). Some friends of mine recently heard him play at the 2013 Proms and I have already set me TiVo for the showing on TV next week.

When I was seven I played (as many children do) the recorder (treble and alto). The recorder played well is beautiful; the recorder played half-heartedly... well it is better left alone. Around the same time I also started learning the classical guitar; something I never got very far with. 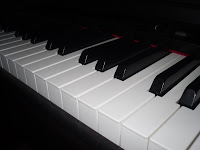 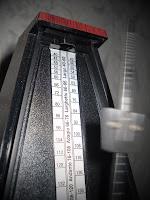 Age eleven my parents bought a second hand upright piano and six years of piano lessons began. I got as far as my ABRSM (Associated Board of the Royal School of Music) Grade 5. I failed Grade 6 twice and decided that due to A-levels and other commitments that was me and the piano done. I continued Mto play and when I moved in with Husband (over a decade ago) I bought a Clavinova (electric piano) and continued to play.

My first piano teacher was also a guitar player; but the sort that strums chords to accompany signing. This use of the guitar I took to happily; as it was about this time I started my serious voice training.

All this time I wanted to play in an orchestra. I wanted to play the double bass; or at a push the cello. My parents were sensibly concerned about the continued enthusiasm of a 5' 3" teenager carting this large instruments about.

After seeing Nigel Kennedy I became determined that I should play the violin. Happily a neighbour of my grandmother was getting rid of his; and gifted it to me so no capital expenditure required.

I never became a talented violinist; I think the best we can go with is competent. I did play in my village orchestra and I did play in the school junior orchestra. I never was good enough for much beyond that and to fulfil my A-level requirements I ended up playing percussion in the school senior orchestra; something for which I had neither talent, enthusiasm or flair.

At other times I played the clarinet (badly) which I bought in a jumble sale and the mandolin banjo (like a banjo but with double strings).

I kept up my music; spending a year doing a music degree before abandoning it for something more commercial.

Sadly now MS has taken my fingers from me; they no longer have strength or feeling which means I can't play the violin or guitar as I am unable to fret the strings. I can muddle through with the piano as long as it something slow and soothing like Satie's Gnossienne Nr 1.