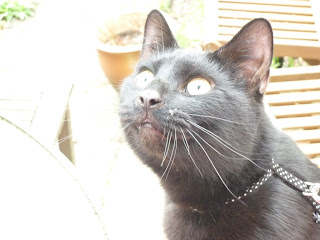 There's birds on that roof! They're taunting me! "Squeak" said Tinker. 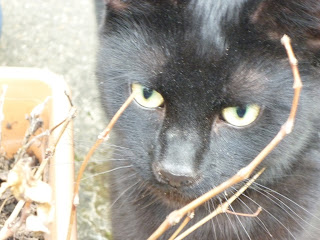 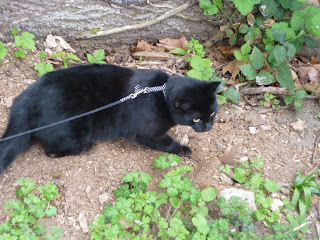 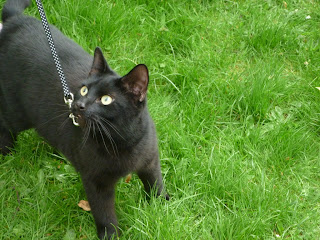 There are still birds on that roof though! I'm trying to teach him birds we like (blackbirds, thrushes, tits) and birds we don't like (magpies and herons). He did sit on the blanket box the other morning and tell me the heron was on the netting, so he is learning! 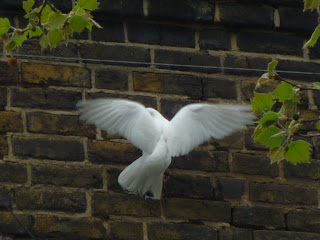 There is one of those annoying birds. I'd like to play with those I think! Their feathers sure are fun to chase around... so are bugs, and spiders, and bees, and leaves... 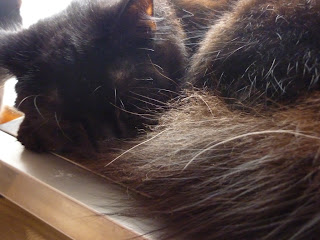 Casper still won't come out of the house. Although he was very interested in the strange smells of his brother when his brother came back inside - and gave him a good going over from tip of nose to tip of tail.
by Unknown at 4:56 pm
Email ThisBlogThis!Share to TwitterShare to FacebookShare to Pinterest
Themes: Kittens
Newer Post Older Post Home