Yesterday lunchtime I took a short hop on the Jubilee Line from Green Park down to London Bridge. The reason for my journey? World Traders were organising a sheep drive over London Bridge.

Unfortunately my lunch-break happened too late for me to actually witness the sheep crossing the bridge but I did arrive just in time to see the sheep being taken back to their truck for the journey home.

Here's what happened. About 500 Liverymen (and women) from around the City took the opportunity to take turns driving the sheep across the bridge. This is the exercise of an ancient privilege (of hearsay and legend rather than documented evidence) which allowed Freemen to drive sheep across London Bridge (thought to stem from the fact that Freemen of the City were exempt from Bridge tolls/taxes and London Bridge is the oldest and at one time only bridge over the Thames). My parents (both Freemen of the City - as am I) both took part, wearing robes and so I'm told straw boaters (that would be something to see). For more about the Sheep Drive see this report from the Telegraph. 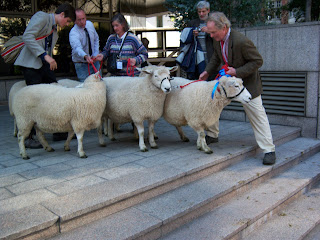 Some of the 15 sheep 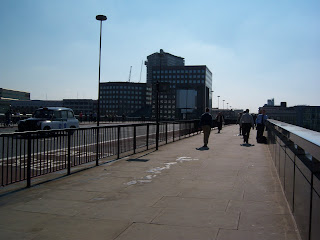 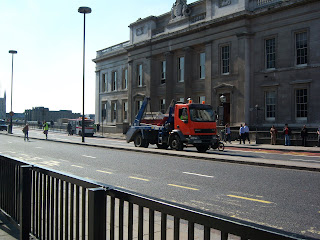 Far left - the Corporation of the City of London wash the bridge!
Whilst I was there I took the opportunity to walk across London Bridge to Monument and back. There isn't much to see at Monument right now as the eponymous Monument itself is being cleaned. The Monument commemorates the Great Fire of London and if laid down would reach from where it stands to the site of the Bakery in Pudding Lane where the fire started. The Great Fire of London burned for four days and nights and decimated large parts of old London including the original St Paul's Cathedral and Guildhall along with thousands of homes and 87 churches. Only five deaths were documented but hundreds of thousands were left homeless. The fire did effectively wipe out any remainders of the Plague (1665) and also allowed the redesign of some parts of London - including many of the beautiful churches designed by Christopher Wren, the current St Paul's Cathedral and a new Guildhall. 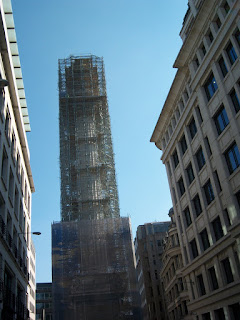 Monument
Just after crossing the Thames looking east (or west) will afford views of another London curiosity. Some examples of the elevated walkways that populate the City. Part of a post-war planning initiative these were imposed on many developments through the 60s and 70s. Much was built but little was connected, which means that largely these remain unused. 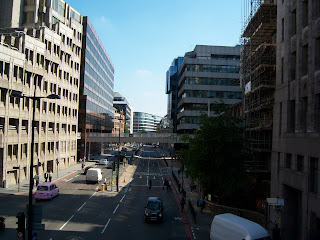 Elevated walkway
I walked back across the bridge to London Bridge to get the tube back to my office. There are quite good views each way from the Bridge up and down the Thames. 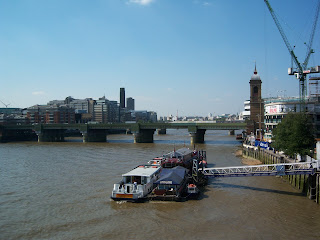 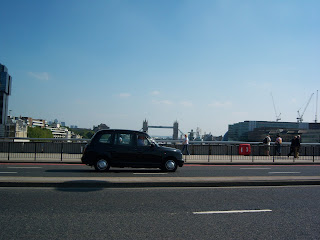 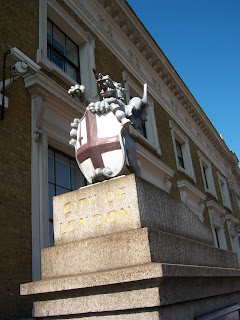 City Dragon
London Bridge must be one of the ugliest main line stations in London - probably matched only by Euston and the new frontage of Kings Cross. 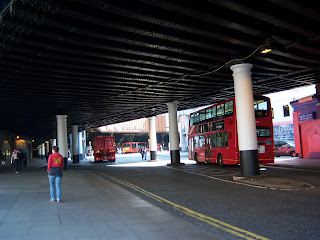 Arriving back at North Greenwich in the evening I took the opportunity to capture Canary Wharf with a lovely sunset and some evening shots of the O2. 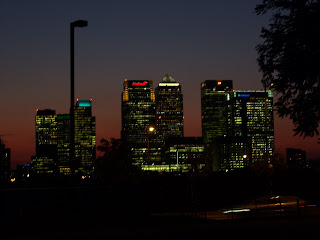 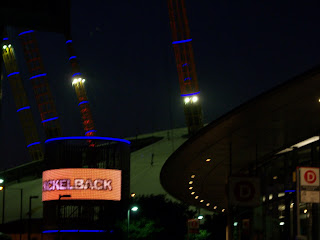 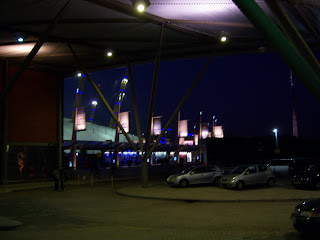