time, a long, long time ago (well over a decade, anyway) when Husband and I first knew each other there was a computer. Oyster coloured, with a big behemoth of a CRT monitor, it had only one friend; a dot-matrix printer. Not long after this internet entered our lives (sometime around 2001/2 I guess). This took the form of dial-up internet provided by the ever present AOL - as it had a free-phone number it rendered our landline essentially useless and began the long lasting relationship with cellphones in this house.

As online activities became more and more involved in daily life one PC (remember, this was before smartphones) became less and less viable between two people. In 2007 I made the leap into the world of mobile computing. I bought my first laptop. The timing couldn't have been better. I went to Kiev on business; the foolishly didn't come with me. Then my MS had a massive relapse and the laptop came into its own keeping me company the eight weeks I was stuck in bed.

By now we had an inkjet printer and a wireless router; AOL had been replaced by our cable TV provider. Laptops came and went with alarming regularity.

The original Dell laptop (know for expedience as LT) eventually had a motherboard meltdown and refused to charge... eventually fading into twilight obscurity.

The next laptop (Potter) led a long and productive life, retiring when something between the screen and the keyboard went awry and the screen would only light up when open about an inch.

There then followed a slight disaster with Q8. We didn't get on from the moment we met; not helped by the sudden introduction of Windows 8 (just when my work had upgraded to Windows 7 and briefly home and work were seamless). Q8, it has to be said, was a lemon. That isn't entirely fair... for anyone who just uses laptops for internet surfing and a little light document control it would probably do a fair job. I use laptops to have dozens of internet pages open, do heavy graphics work and mess around with websites and digital photos.

So now we have Peri. This is the laptop that will meet my needs. Touchscreen to properly interact with Windows 8 (which I'm slowly getting used to); huge RAM (8GB) for all my progamme needs; 1.6GHz clock speed but with turbo boost up to 2.6GHz. Minor little things like the return of a numerical keypad and generally better spaced keys. The only thing I don't get on with is the touchpad; but the last one I did is all the way back with Potter.

We've had a week of getting to know you; I'm slowly but surely customising the settings and installing the programmes I need; but throughout it all, I've yet to hear the fan labouring away. Q8 is still around whilst I transfer files and he sits doing nothing and wheezing with the fan!

Give us time and Peri and I are going to be quite the team... 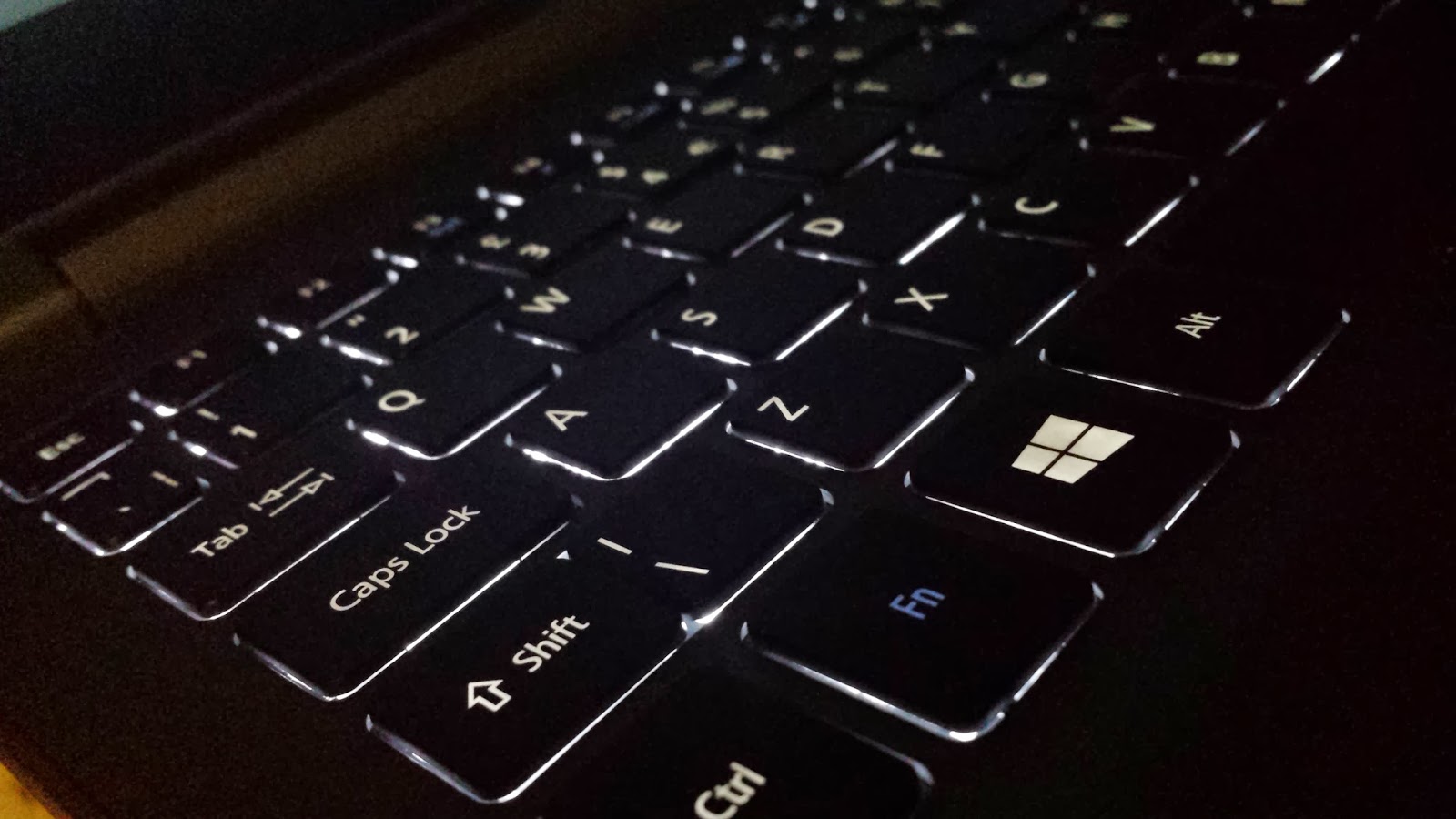