I woke up with an intense back spasm this morning which vanished all possibility of sleep. I then noticed the time (half past ten) and felt very guilty that Kitten-cat was four hours overdue his breakfast. Not to worry though, he'd indicated his displeasure by defecating on the kitchen floor and not in his very clean litter box.

After this auspicious start (as Twitter followers will know) I decided to treat myself from my Twinings box... a nice cup of vanilla chai, in the garden with the laptop.

It was peaceful out here (my neighbours seem to be waking up now along with their noisy children). Otherwise it was me, the birds and the windchimes... and Cat 5 (a white cat whose name we don't know but he lives at number 5). I've been watching the robins who I think must be raising a brood, chasing off the pigeons (they are the afternoon diners), and watching Mr Blackbird have a bath. My presence also discourages the heron, who had clearly visited again as the netting was back in the pond!

I shall go in shortly as it is not that warm until the sun gets out from behind the trees and the neighbours children are shrieking. I have no problem with children playing in their gardens and having fun, it is the shrieking I object to; as children my brother, my cousins and I were always told off if we made too much noise as it might disturb our neighbours!
Time to go and watch the Monaco Grand-prix soon anyway! 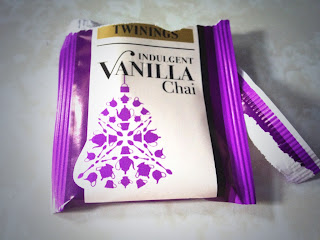 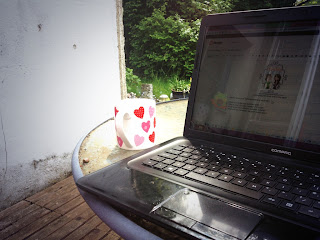 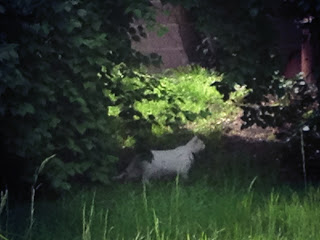 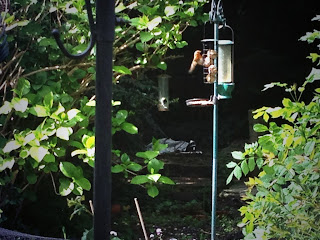